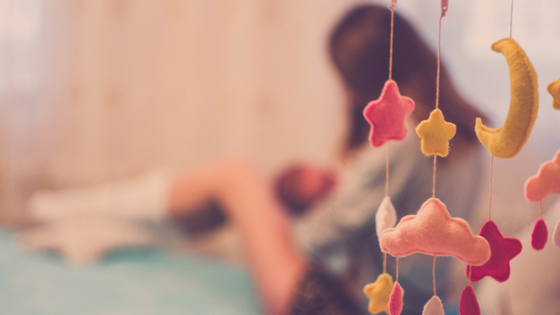 Second time around I have found breastfeeding so much easier.  Although I found it very easy compared to most first time around, I struggled with over-supply issues for about 4 weeks and Oliver would only feed from one side.  This time I haven’t had too many problems.  My milk came in very quickly (on the second day!) so I never had that nightmare night where they’re up every hour.  My supply settled pretty quickly and I think I’ve just had a bit more of a load back approach to feeding Henry.  I thought today I would share some of my essentials for breastfeeding.

This is something I didn’t have for a while after I had Oliver and I feel it did contribute to my oversupply problems.  I was fitted during pregnancy at both M&S and Debenhams and they had me in really badly fitting bras (I was fitted in a 36E and when I went to Bravissimo I was a 32H!)  This time around I got regularly measured at Bravissimo during and after pregnancy and I now know what to look for in a good fitting bra!

This is an essential during those early days when your body’s adjusting too feeding your baby.  I’ve used a few nipple creams in the past and nothing compares to a lanolin cream!  Lansinoh are my favourite, but I have noticed that a lot of stores have started bringing out their own versions.  Thankfully second time around I haven’t need to use it much as I think my body is used to feeding a baby!

As much as you really don’t want it to happen, you’ll have leakages!  Again, I’ve tried a fair few types and the Lansinoh ones are by far my favourite disposable pad, they’re super absorbent and really thin.  Once my milk had really settled and I didn’t have so many leakages I switched to a reusable washable pad which were also great.

When feeding overnight I always found that turning my lamp on woke both me and my baby up a lot more than we needed to be.  This time around I have been using the MeeMooBaby MeeLight which is brilliant.  It’s a rechargeable night light which clips onto your clothing so you can see what you’re doing but it’s not so bright it wakes you up.  I use it on the lowest light when feeding and when I need to change Henry’s nappy I use the brightest setting.  Personally I have found it doesnt really wake me up too much and I can go back to sleep very quickly once Henry’s finished feeding.

A good quality muslin is a must have.  I’ve bought cheap muslins in the past and they just don’t compare to the ones you invest a little money in!  I love the aden + anais ones, and if you have the swaddle muslins they make a great nursing cover if you want to cover up whilst feeding out and about.

Other than those essentials, I would say a good supportive partner, family and friends around you is something that really helps with your breastfeeding journey.  My husband was on board from day 1 with Oliver, which helped massively.  If I’m feeding Henry he is straight there asking if I need a drink, snack, anything!i

What are/were your essentials for breastfeeding? I’d love to hear in the comments!