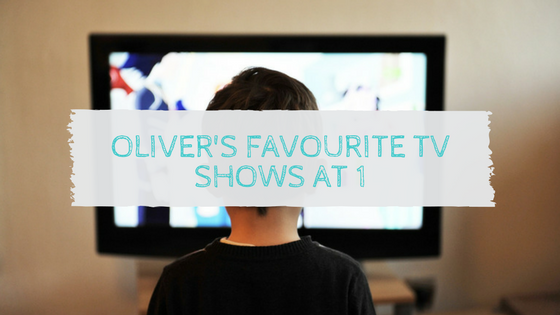 Personally, I’m not a big fan of plonking my child in front of the TV for entertainment.  I would much rather he learnt and explored the world around him.  However, there are days when Oliver has had enough, whether he’s feeling under the weather or tired out, when he just won’t settle unless I pop the TV on in the background.  There aren’t many programmes that will settle him, or capture his attention, so I thought I would share what does!

1. In the Night Garden

I actually series linked these when we got Sky at the start of the year.  Just so I have the full quota of episodes, in case of a meltdown!  Oliver loves it and gets so excited when he hears the theme tune.  His favourite character is definitely Makka Pakka, he loves it when he plods on and he always really watches him (I’m assuming it’s a he but who knows?!)!  We are off to In the Night Garden Live in July, I’m hoping his love affair continues until then.  I wrote a previous blog post about the magic of In the Night Garden, it really is magical!

We found this series on Netflix (my best friend) and the first time I put it on Oliver got really excited and wouldn’t look away!  I loved Thomas as a child so it’s a bit nostalgic for me, although it’s all animated now.  I did find the old episodes on Amazon Prime, and it was so old school!  We’ve ended up with a lot of Thomas paraphernalia around the house since his obsession began.  Every time we are in the shops and he spots anything Thomas related we have to pass by it quickly,  he will just sit and point if he spots it and usually cries because he can’t have it! Today I was in Asda and he spotted Thomas yoghurts and jelly, obviously it ended up in the trolley..!

This isn’t strictly a TV show, but it is a series on Youtube.  It’s quite American, but I really enjoy it, and it’s great to just have in the background.  If you haven’t seen it before, it’s an animated collection of nursery rhymes.  The main characters ‘Dave’ and ‘Ava’ feature in each song and you meet all their friends.  Since I started putting it on the TV, Oliver has learnt ‘if you’re happy and you know it’ and can clap his hands at the right time!  It’s nice because you can just have it in the background and sing along to the songs or do the action.  The best thing is that it’s sing along, they have the words along the bottom of the screen, so if you don’t know the words it’s a good prompt.