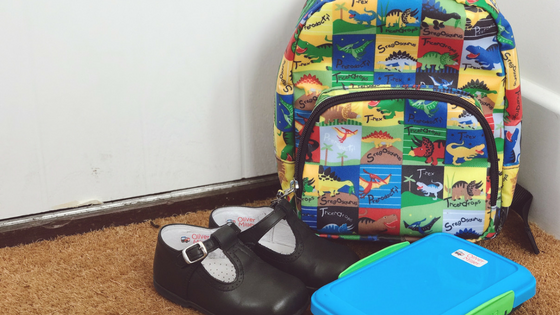 Oliver’s just finished his first week of of pre-school.  I can’t believe this time has already come around!  We went to visit the pre-school a year ago, just after Oliver had turned one, and signed him up straight away.  It is such a lovely little space, located in our local primary school.  I knew when we walked through the door that Oliver would love it there.  In fact he (at just turned one) tried to crawl off and get involved when we went on the visit!

When I dropped him off in the morning, he dragged me through to the room he would be based in and quickly started trying to join in.  I was shown by his key worker where his locker was and where to pop his snack down.  I felt very happy that he wasn’t bothered that I was leaving!

Of course, the second day he wasn’t so amenable to be being left!  He cried as soon as I took him in and tried to put his coat back on (the coat, which he hates wearing!) and just screamed.  I quickly put all of his bits down, and left.  When I went to collect him he was fine until he saw me and he started crying again.  As soon as I picked him up though he stopped, so it was all for show!

In the weeks running up to Oliver starting at pre-school, I made sure I kept mentioning it and talking about it to him.  I hope in some way that even though he is very little and doesn’t understand what pre-school is, that it helped prepare him.  in the morning when I was getting him ready for the day I said to him, ‘today you have your first day at pre-school!’ and when we arrived there I told him ‘look this is where your pre-school is’.

One item you definitely need when starting school..

Another thing I needed to do in preparation for him starting was to get some name labels for all his things he would be taking along.  When I was looking around at name labels, I decided that a sticker was probably the best for us.  It would be more versatile, being able to be stuck on things like his water cup and snack pot as well as his coat and shoes.

When My Nametags got in contact to see if I wanted to try their name labels, I was so pleased.  They have a big variety of different designs you can choose from.  You can buy their pre-designed stickers or iron-on labels or you can design your own.  I chose to design our own, as I wanted to choose a picture and design that Oliver would recognise easily. 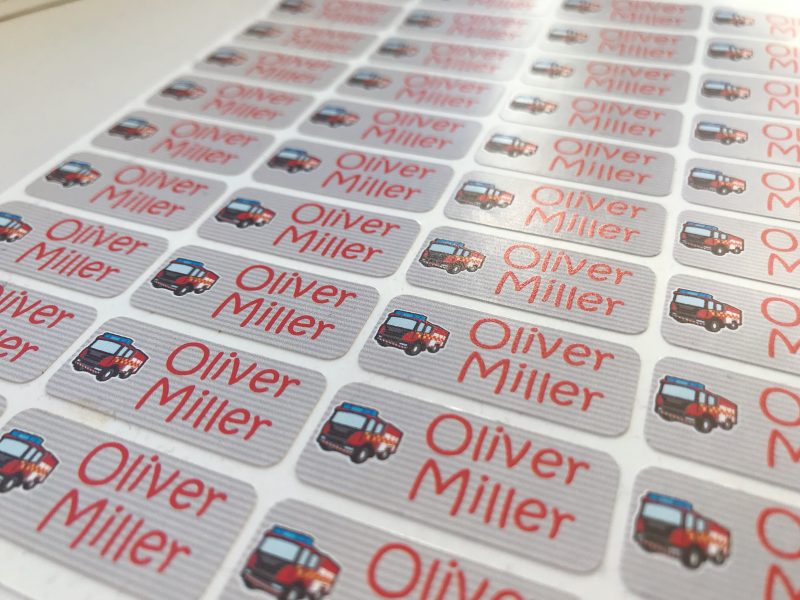 My husband and I spent a little while looking at the different designs and pictures.  Eventually we decided on a fire engine on a grey striped background. They arrived within just a couple of days and I was really pleased with how they came out.  I have stuck them on a variety of Oliver’s things, and they don’t feel like they will come off any time soon!  I have washed up his cup and tub with them on and the stickers have stayed firmly stuck on.  They’ve already been through the wash as well and they haven’t faded or come unstuck at all.  I am so pleased with the quality of the stickers. 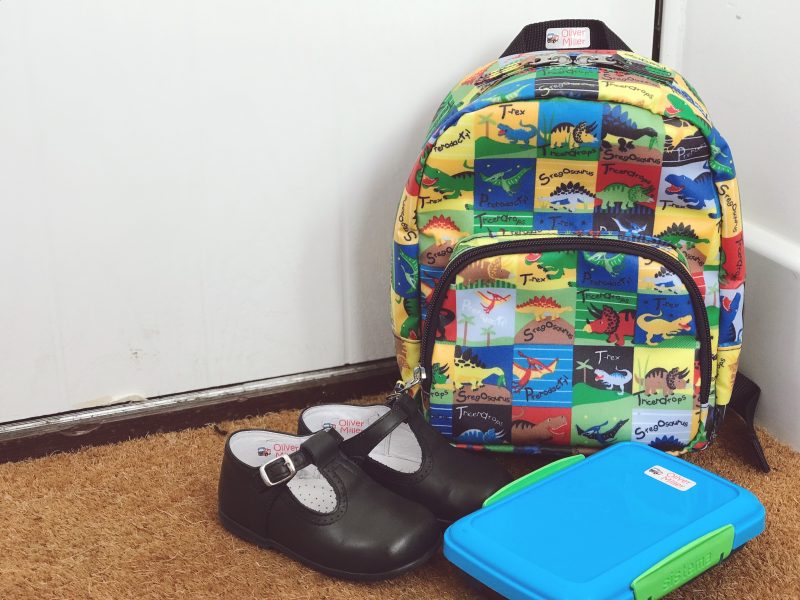 My Nametags have very kindly given one of my readers the opportunity to win a set of 56 colour stickers. Perfect for your little ones if they’re starting school or nursery soon.  To enter just use the widget below!

I was sent a set of My Nametags name labels in return for inclusion in this post.  All words and opinions are my own.