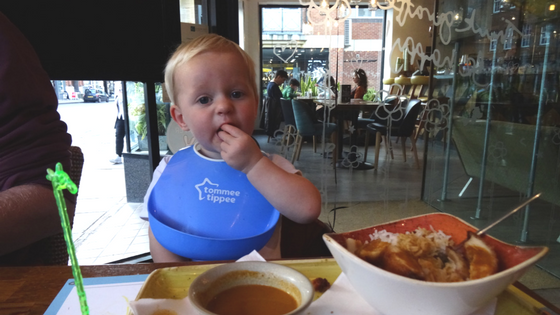 We were recently invited to the Guildford branch of Giraffe to see what we thought of their menu.  I have only ever been to Giraffe once before, when I was heavily pregnant with Oliver.  My baby brain has left me with very little memory of the experience, but I seem to remember whatever I had then was pretty yummy!

They invited us along, as currently kids eat free with every main meal purchased.  What a fab offer!  I love restaurants that offer this, as at this stage in Oliver’s life, he often doesn’t finish his meals.  When you’re at a restaurant the portions are aimed at the older child, so when he leaves 50-75% of his meal, I feel like I’ve probably wasted my money!  I know we could share our portions, but I usually order something that he wouldn’t eat, or something that is too spicy for a toddler.  My husband doesn’t share food (he’s basically Joey from Friends). 99% of the time he complains that the portions are too small so having to share some of it with Oliver will just result in him complaining even more!! 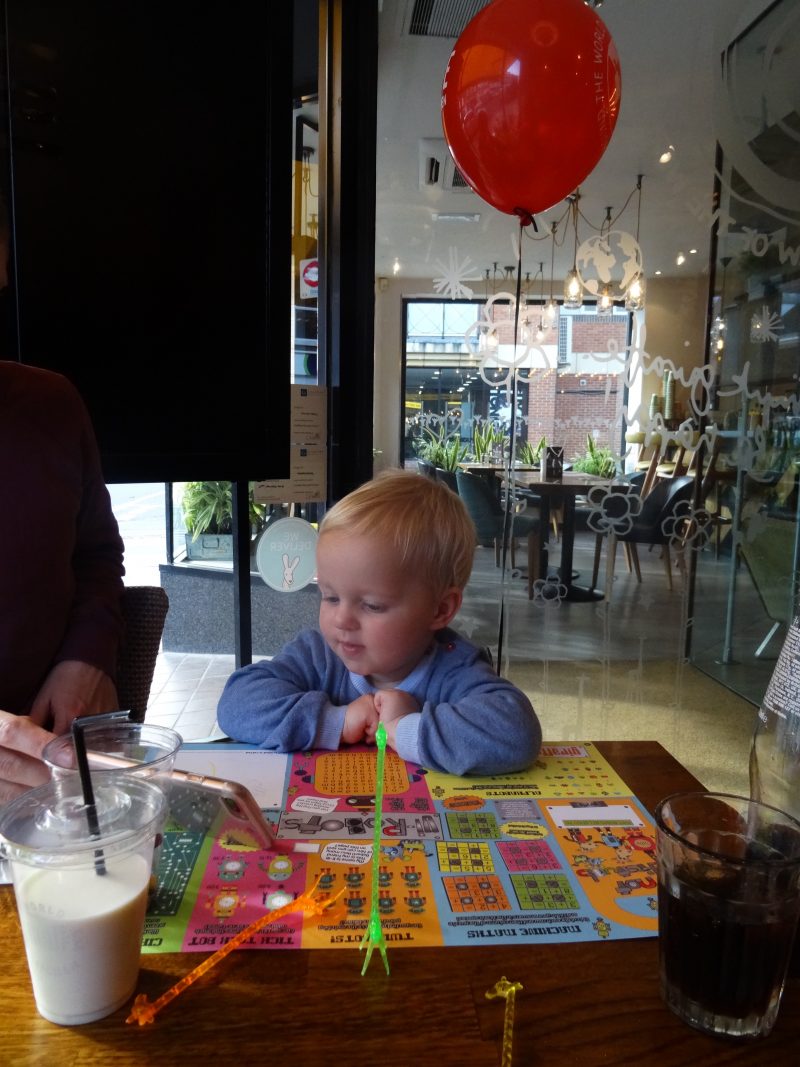 Anyway, back to the meal!  We arrived at 11:30am, we had booked a table, so it was all prepared with a highchair already in place, with a balloon attached for Oliver.  We were told they don’t serve lunch until 12 so we had the option to have breakfast or wait for lunch.  We chose to wait, so we had some drinks and Oliver had a little run about (up and down the stairs).  As it was quiet at that time, I didn’t feel too bad about him running around the area we were in and the staff were all really friendly and interacted with him really well.

When it came to choosing our meals, I was stuck.  I was tempted by the burger (this is my standard order at any restaurant) but also by the steak (another meal I love).  When our waitress came over, I said I couldn’t decide, she went through what I was deliberating over and then threw in some of her favourites from the menu.  I ended up ordering the Thai Duck Stir Fry, as it sounded absolutely delicious and she said it was always her favourite choice!  Stuart was planning on having a beef burger, but also ended up ordering the Rodeo Chicken on the waitresses recommendation! 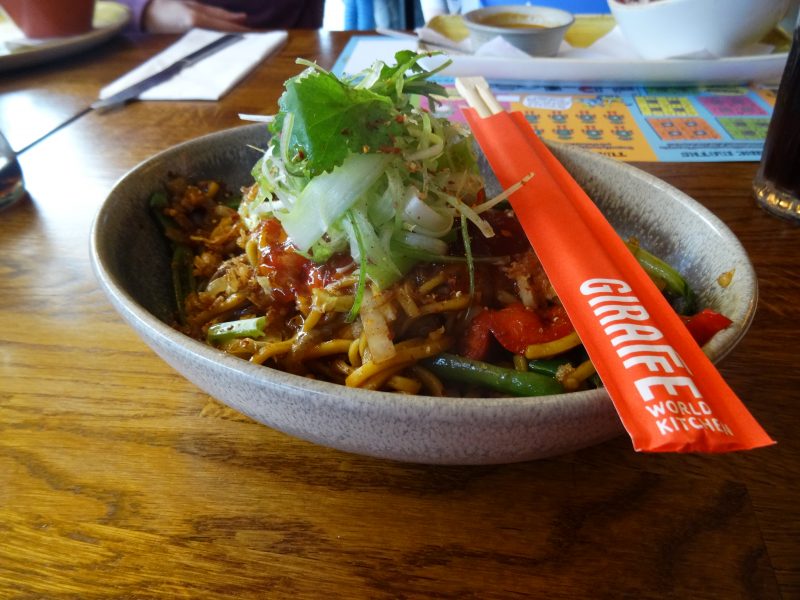 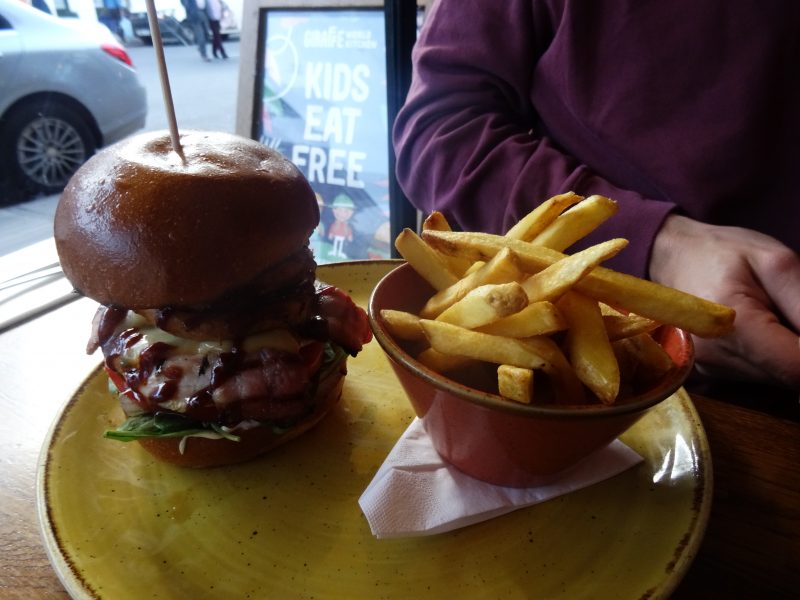 For Oliver’s free meal he had Chicken Katsu Curry.  We chose this because Oliver loves rice, and quite often he will eat the rice rather than the meat.  He decided to prove us wrong and ate the whole chicken breast, and none of the rice!  So well done Giraffe, you must be doing something right!

Our meals were absolutely delicious.  The waitress told me when I ordered the stir fry that it’s the kind of meal that makes you feel full, but not too full.  She was right and I felt full enough, but with a little space for pudding.  Stuart really enjoyed his burger, it looked really nice as well.  For pudding we decided to both go for a sundae (Stuart went for the Rocky Road and I had the Eton Mess) and Oliver had Strawberry and Banana Lollipops. 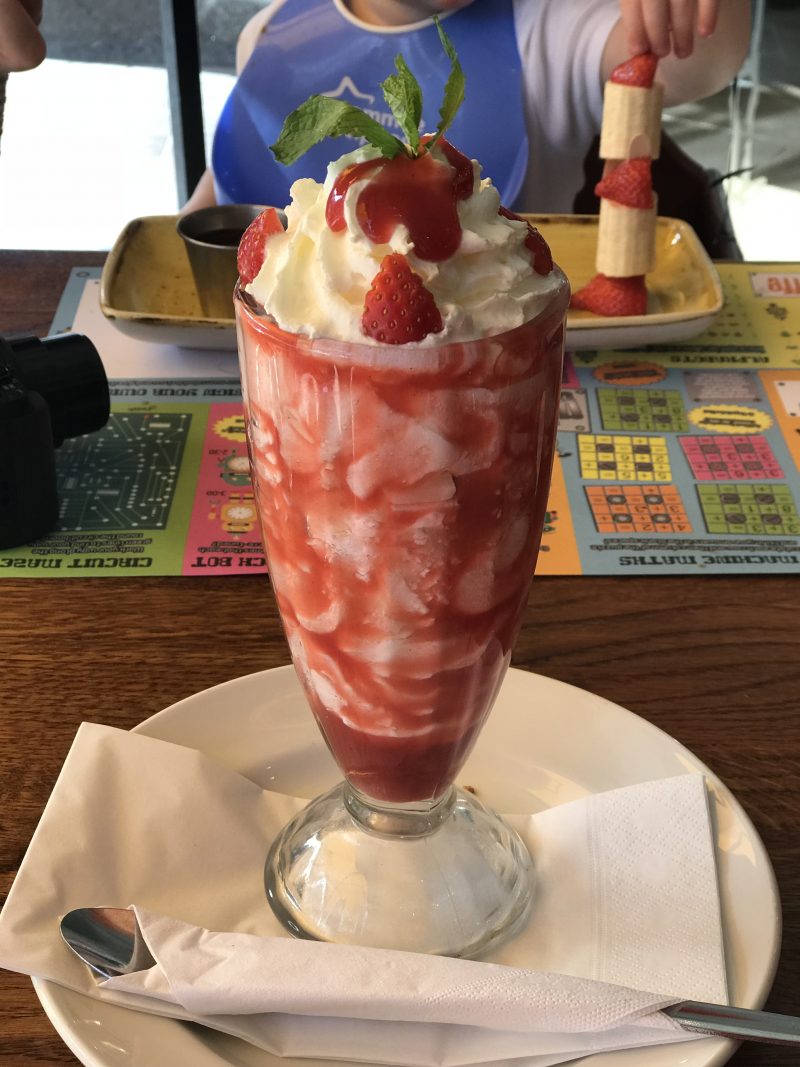 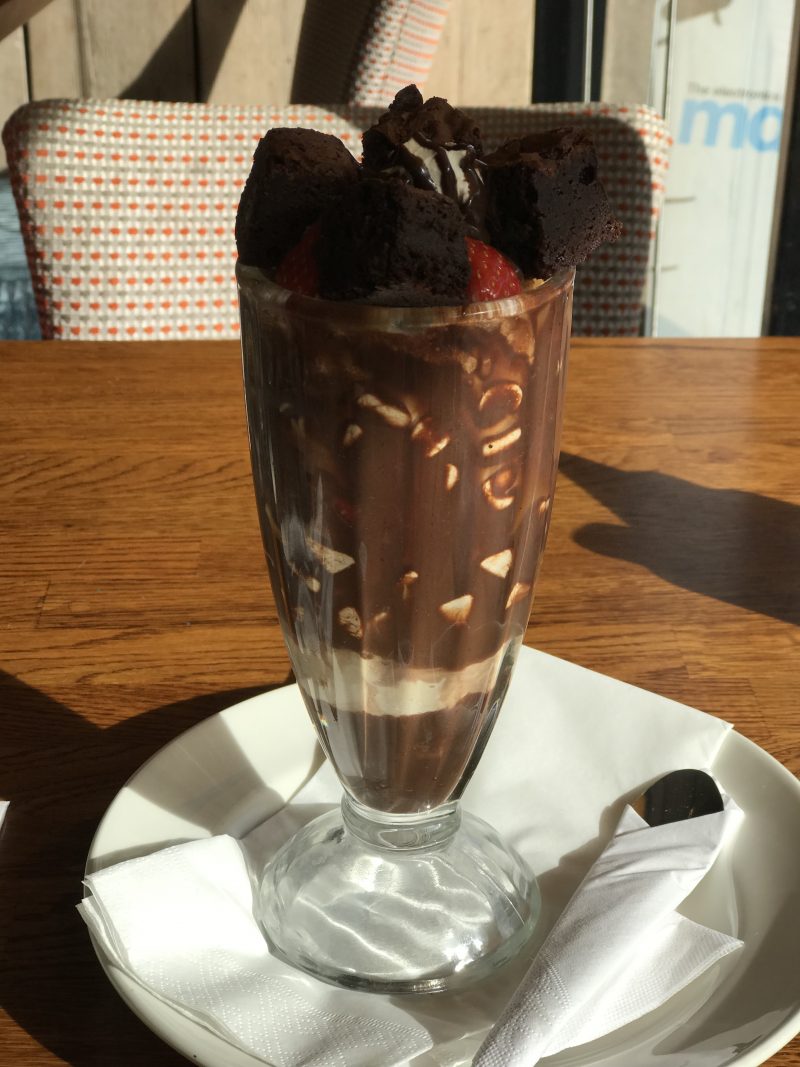 Oliver really enjoyed his lollipops and Stuart’s sundae looked really good.  I was a little disappointed with mine, don’t get me wrong it was nice, but it was essentially just a sundae glass full of whipped cream with a few strawberries and a dash of crushed meringue added in.  For some reason I thought it had some ice cream in (that’ll teach me to read the description better) and I kind of wished I had chosen the Churros like I had originally planned to! 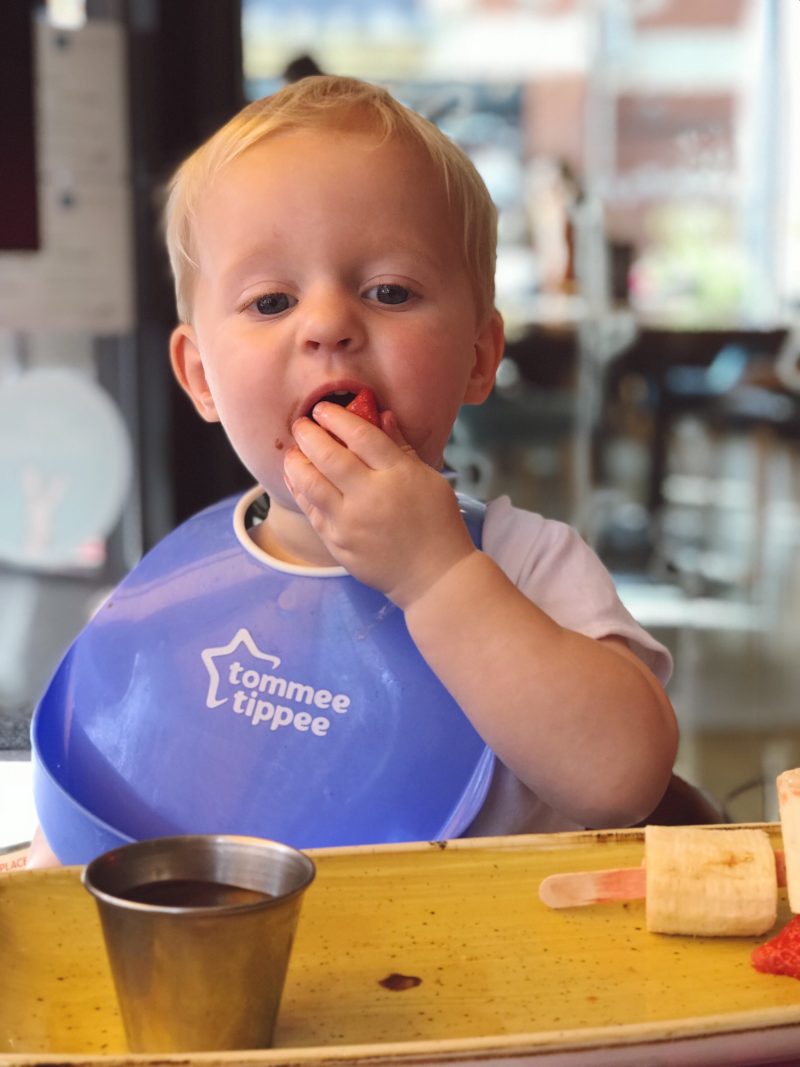 We had a really great lunch out at Giraffe, the staff were all really friendly and they were really geared up for children.  You could tell because the restaurant was full of families by the time we left!  We will definitely be returning again soon for another lovely family meal out.

Thank you to Giraffe for inviting us to enjoy a family lunch on them.  All words and opinions are my own.