Last weekend we celebrated Oliver’s 1st Birthday.  We had a little party on the Saturday before his birthday and I made it loosely jungle themed.  I say loosely because it was mainly just the cake and tableware!!  We hired a hall as our house is a bit too little to host a party as we had around 40 guests.  I looked around at different places I could have the party for a while.  I didn’t want a pub because Oliver loves crawling and I can’t imagine their floors are the best to crawl on.  Another place I could have hired would have been soft play, but the majority of the people at the party are adults so there was little point in this.  Therefore we decided on the local village hall! 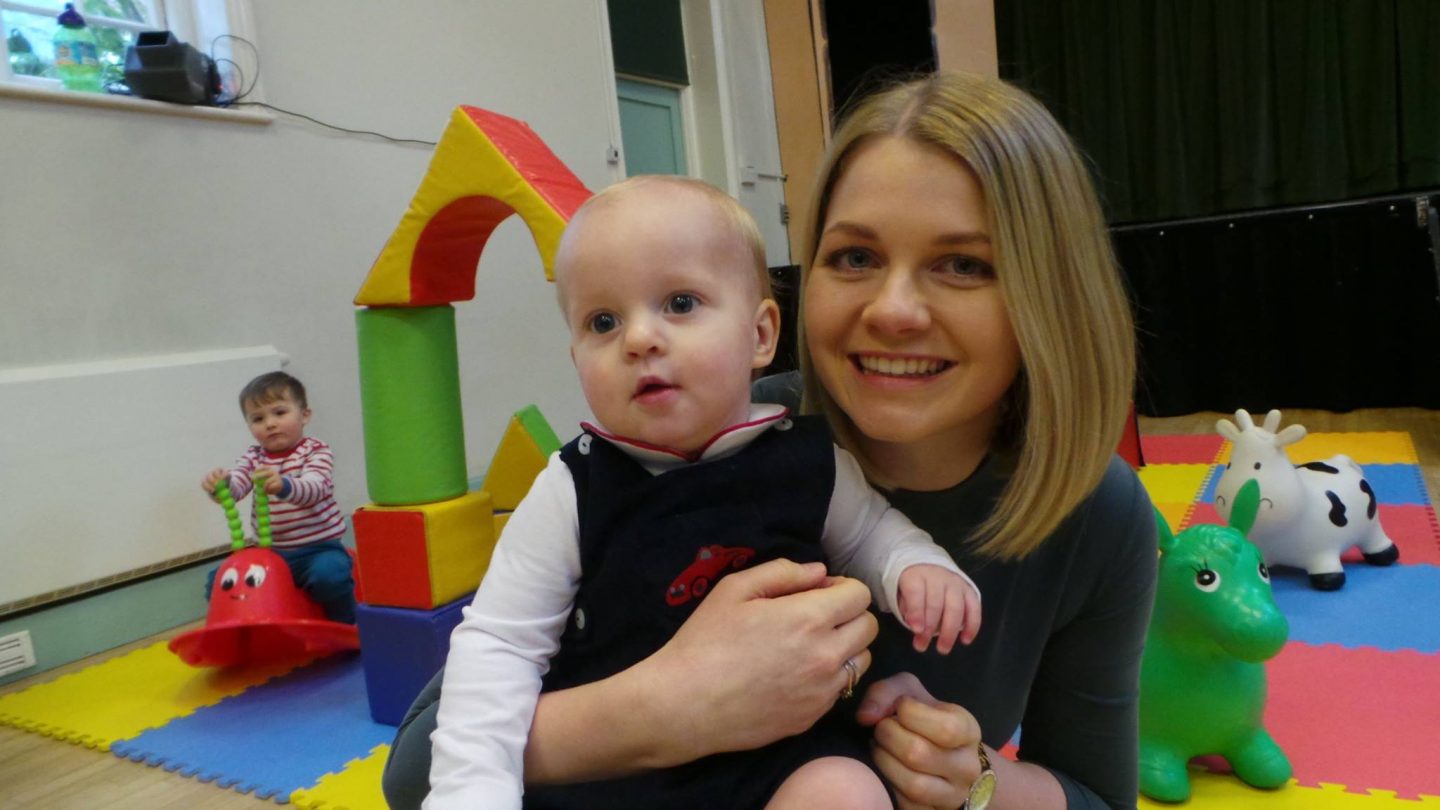 Loving the softplay with Auntie Alice

As we had so much space we hired in soft play, we had about 9 children coming who were all between the ages of 0-7.  The babies in our mummy group all love soft play, so we thought it was the perfect solution to keep all the children happy.  There was always someone in the ball pit!  The soft play people even left a few extra bits that she would usually charge more for because she had them in the car so it was win win!  They even left us a bubble machine, which was a hit. 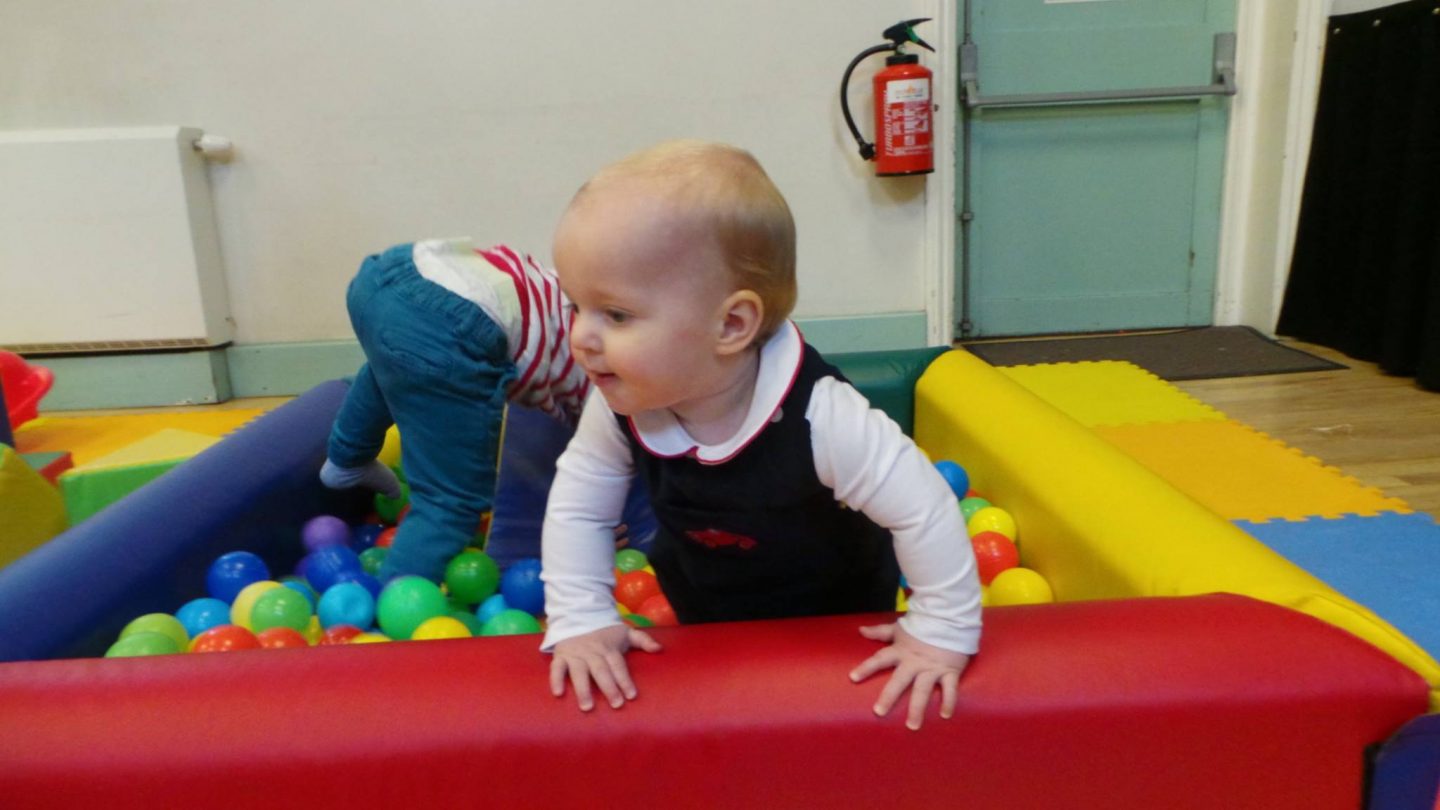 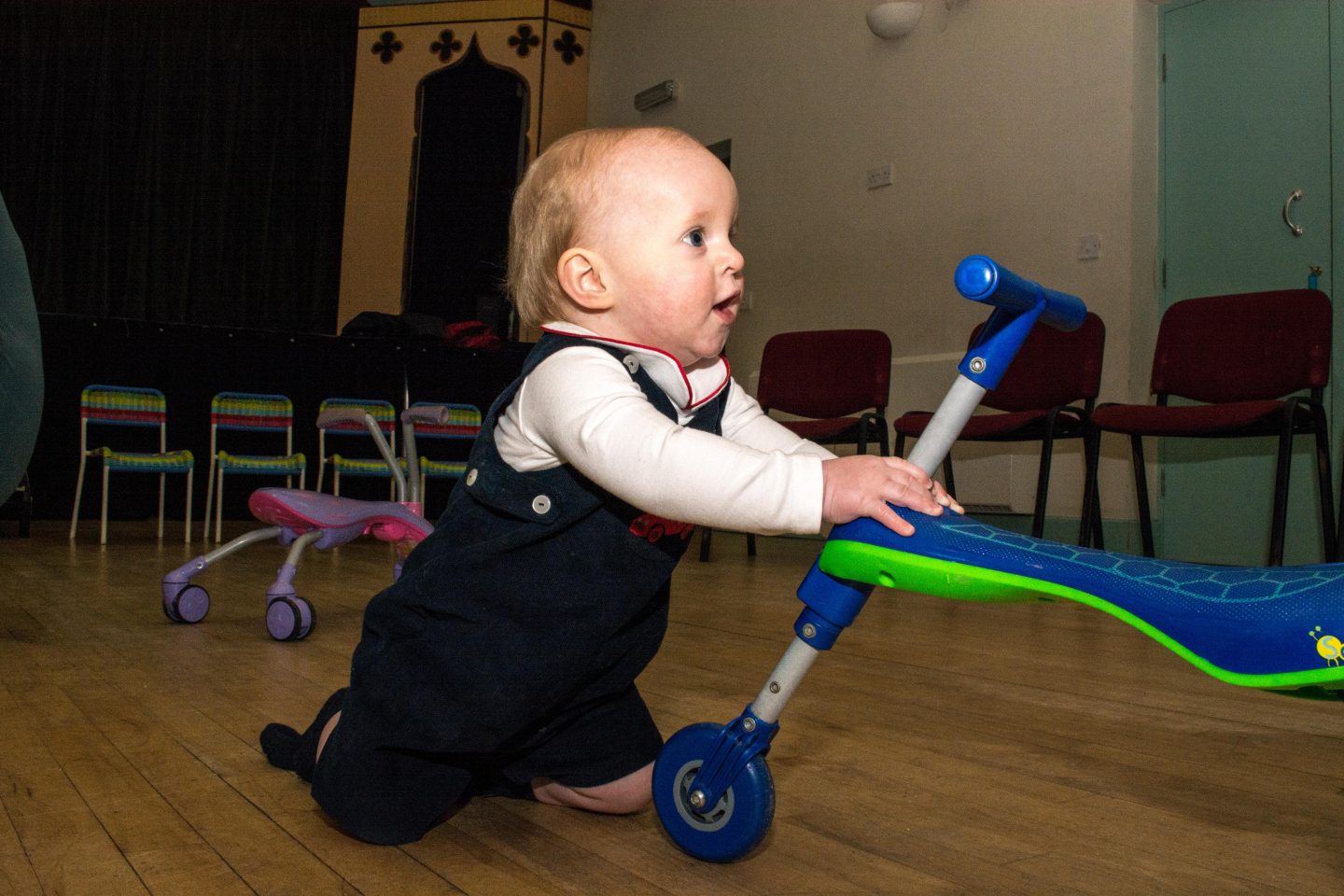 I did normal party food, sandwiches, crisps, sausage rolls, biscuits and cake.  The birthday cake was a chocolate sponge which I iced with green sugarpaste.  I made a giraffe, monkey and lion figurine and then made a hippo head and bum to stick out of the ‘water pool’.  The figurines were made a few weeks ahead of the party, so it gave them time to dry out.  They were actually pretty easy to make.  I found a youtube video for the monkey and then followed the same basic principle for the others.  For the lion I actually used a polystyrene ball for his head as it was too heavy otherwise. 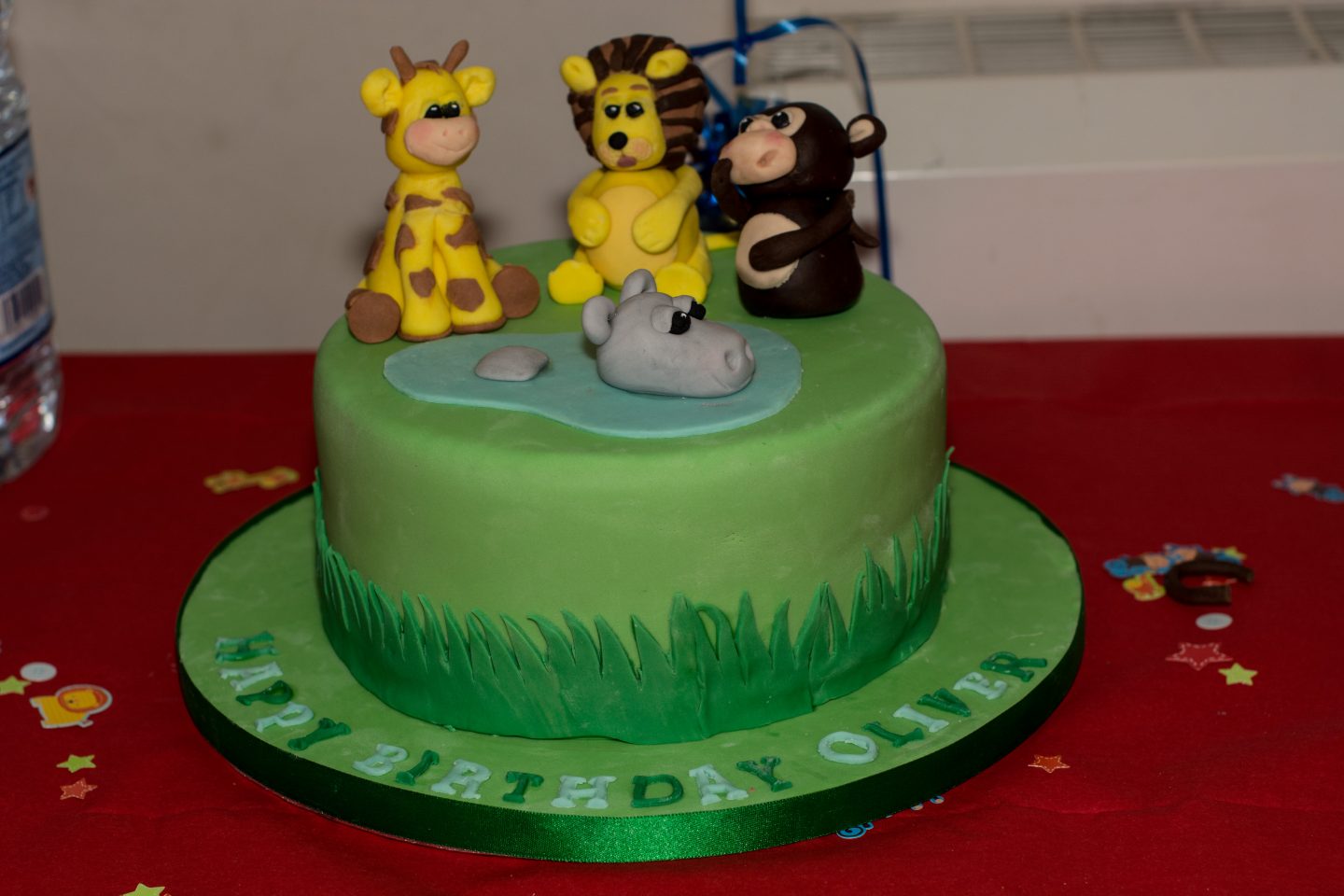 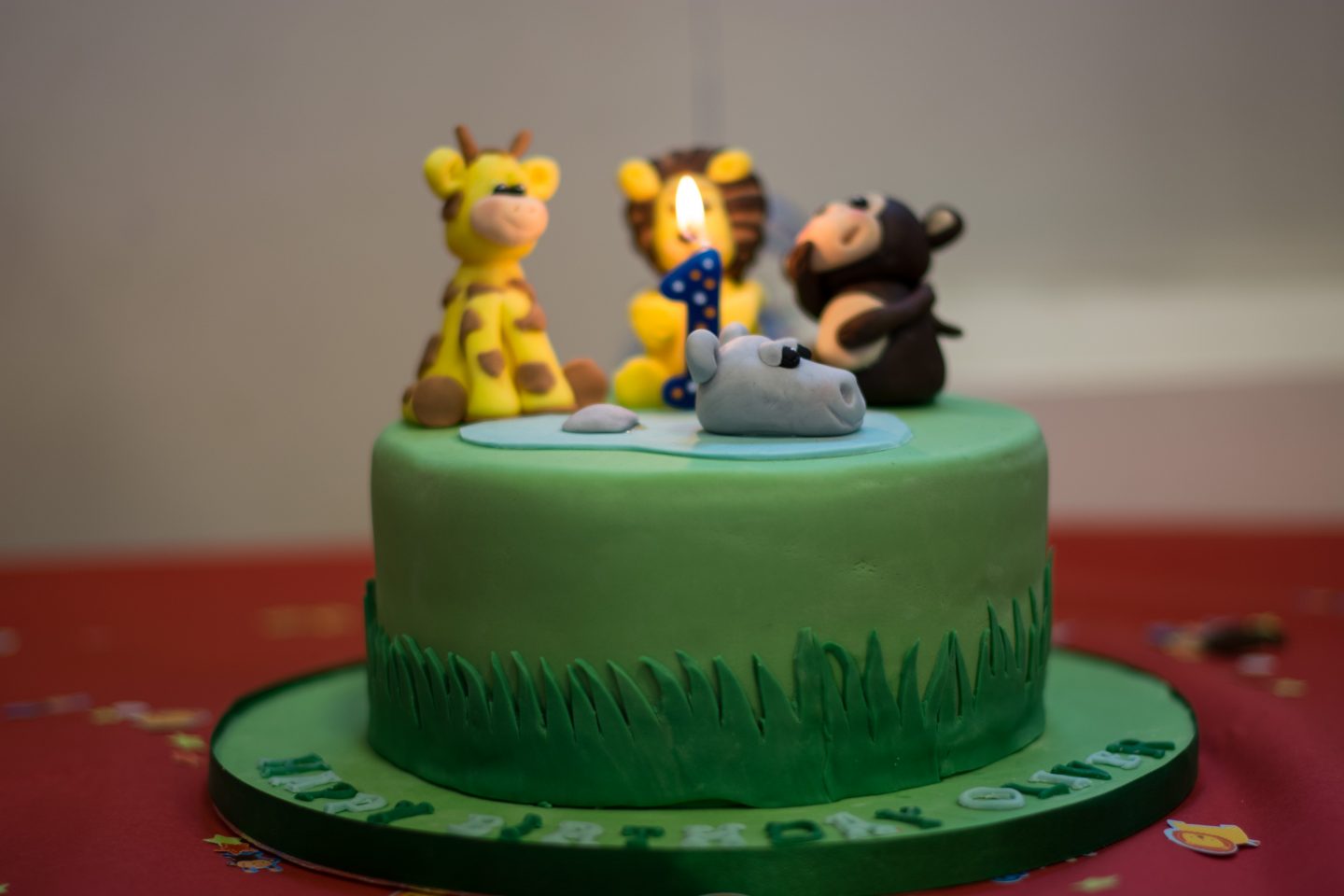 We had the party between 2-4pm.  I chose this time because Oliver usually goes for a nap at anytime between 11am-1pm, so it meant he would have definitely had his nap prior to the party.  Oliver had a really good nap before the party but by about 3:30pm he was showing signs of being really tired.  He got pretty grouchy actually.  I think the timing was pretty good.  Any later and he would have been getting dinnertime grouchy, and any earlier would have been naptime! 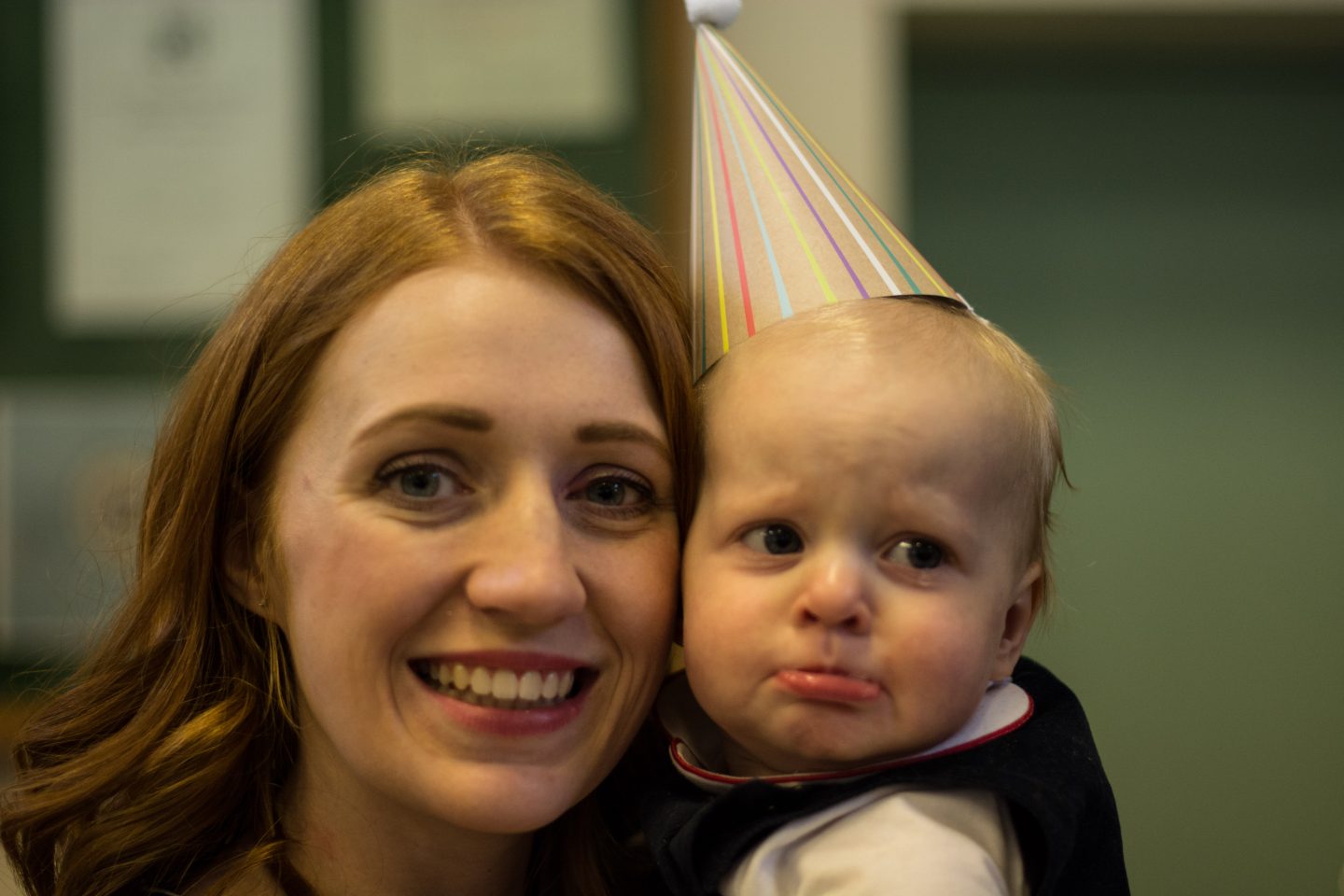 This is my favourite photo! He was smiling until his uncle got the camera out and he decided then was the time to get the bottom lip out!!

Overall I think the party went well.  The food was eaten, the cake all went and the children all had plenty of fun.  If you are thinking of having a birthday party in a hall, please consider hiring soft play if your child loves it!  It was brilliant and I didn’t realise how many companies there were around that hired it out.  The price was fairly reasonable as well. 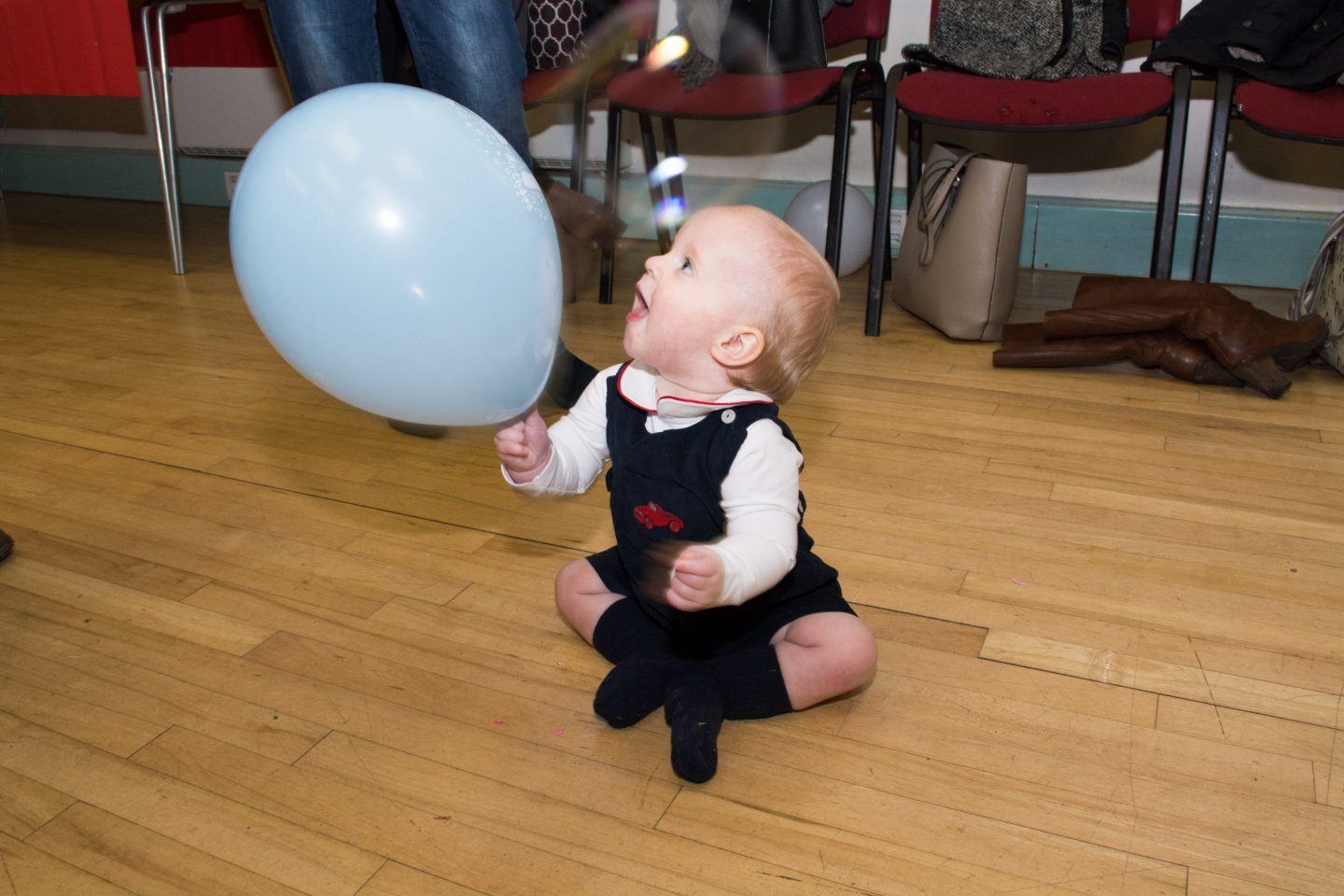 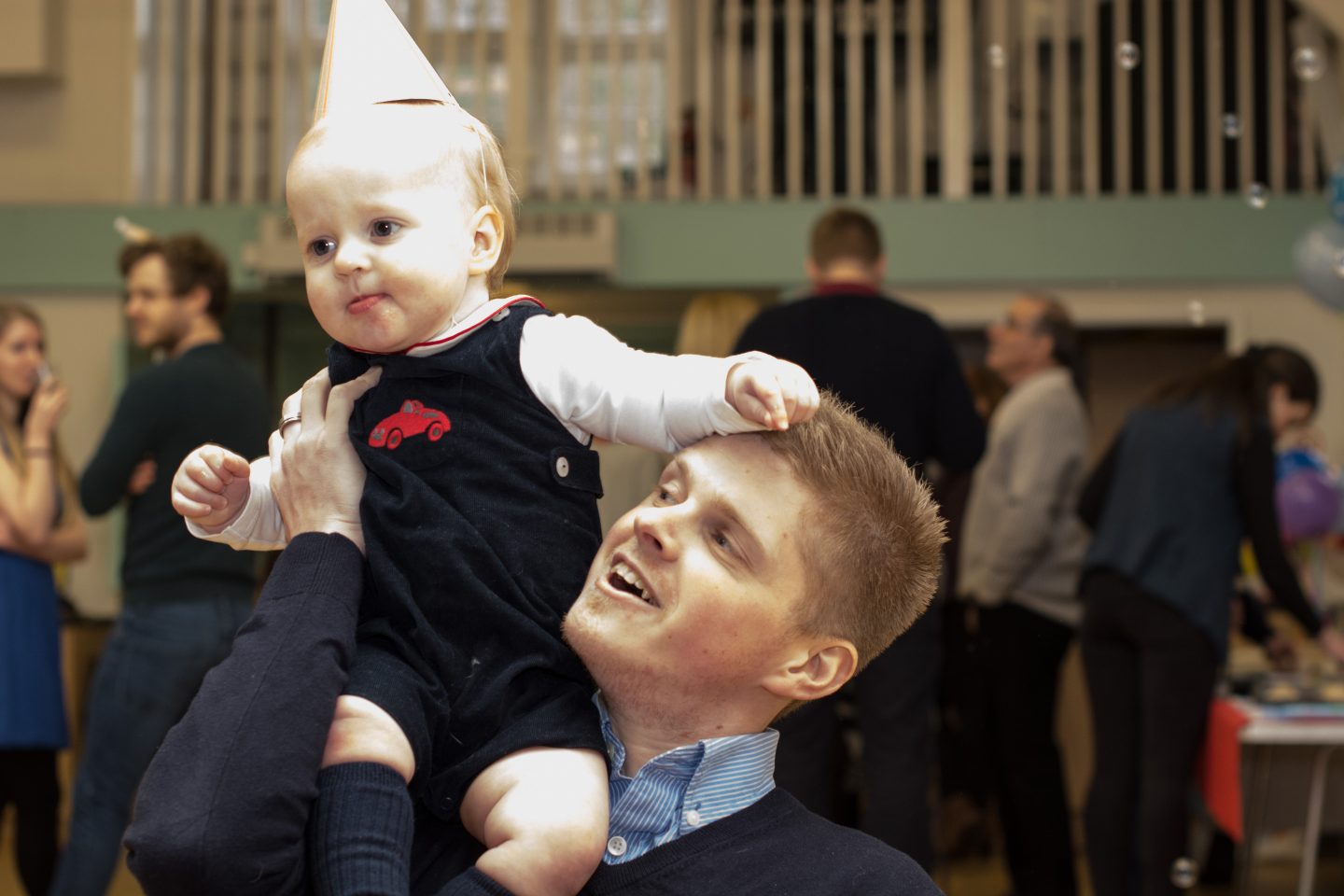 Having fun with Uncle Graham 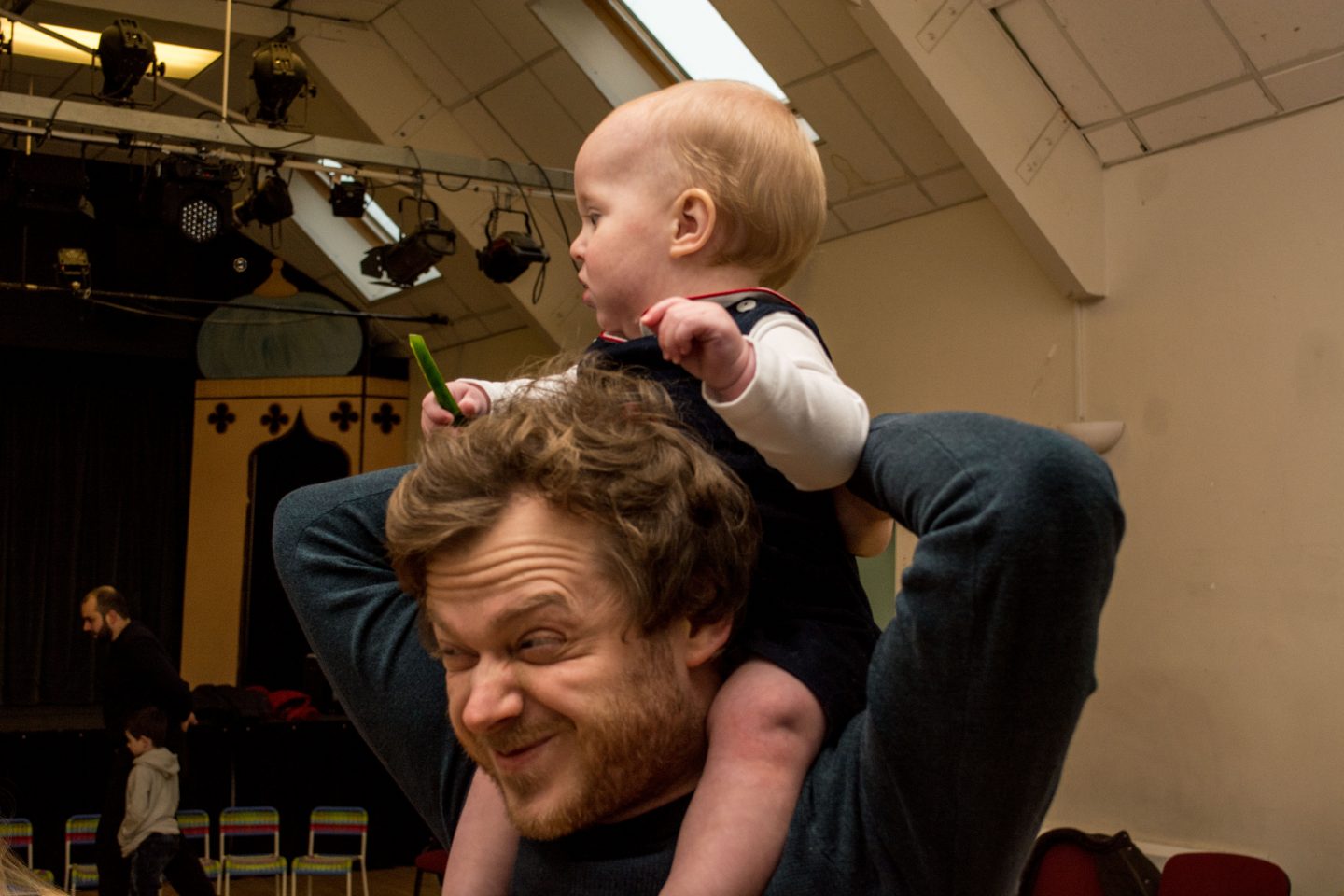 What did you do for your little ones first birthday?