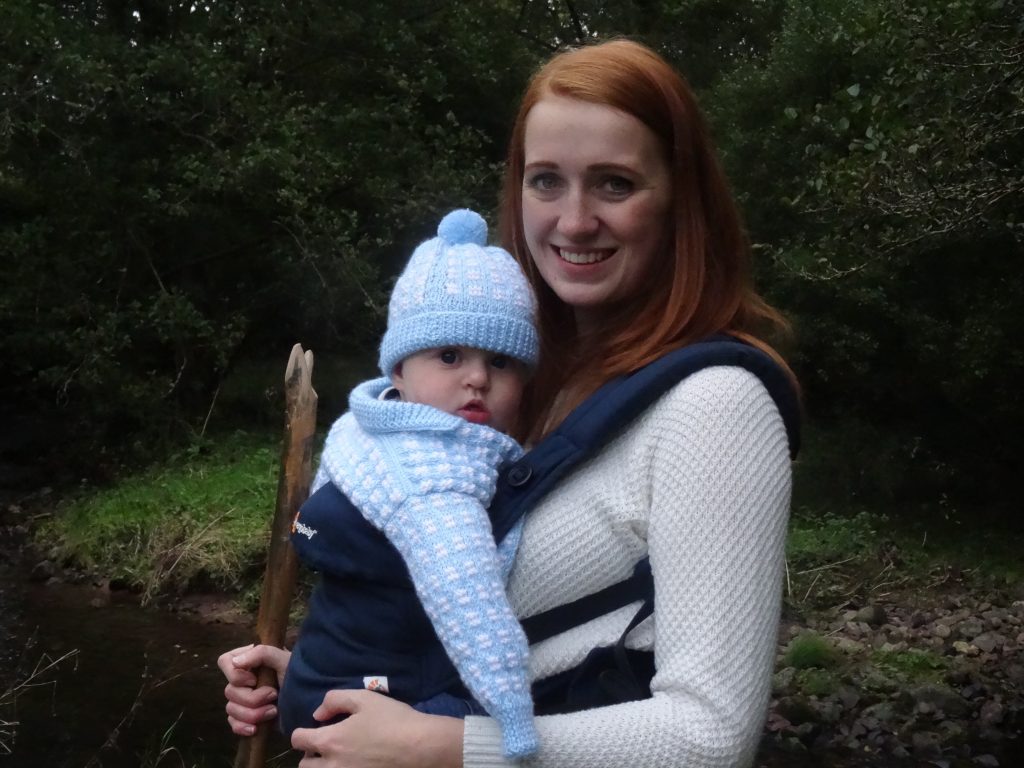 When Stuart’s mum and stepdad announced 5 years ago that they would be moving to Wales, we were sad to see them moving so far away (over 200 miles!) knowing that when we started a family they wouldn’t be close by to help out or see us regularly.  Since then we have always treasured the times we have travelled down to see them, and now Oliver is here we know the time we spend there is even more important. The great thing about them living in Wales is we always get a bit of a holiday and really feel like we have got away from the normal hustle and bustle of life.  They actually rent the house out as a holiday let, so as long as we arrange a visit in advance out of peak times, we can come down. 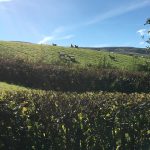 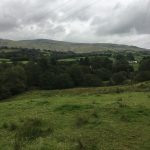 We headed to Wales on Thursday afternoon, leaving at 3.30pm and hoping to arrive by 8pm, little did we know Oliver would have other plans, about 2.5 hours in (just after the services) he woke up, Stuart managed to find his dummy and after playing a few rounds of peekaboo in the mirror he settled back off until the next services after the Severn Bridge.  We stopped off and had something to eat, I attempted to feed Oliver who wasn’t interested, so we got back on the road.  Within 30 seconds of pulling onto the motorway Oliver started screaming, he wouldn’t take his dummy and was going into full meltdown!  Of course this was at the point we hit traffic and so we spent the next 20 minutes trying to do everything to stop him crying, we eventually moved along to the next services, pulled in and he had a feed and I stayed in the back with him.  He was still a bit upset but after I quickly got YouTube up on my phone and found a bit of ITNG he was happy as Larry and fell off to sleep. We finally arrived at about 9.30pm, so we ended up being on the road for almost 6 hours instead of the intended 4! 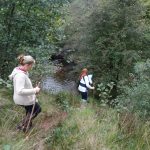 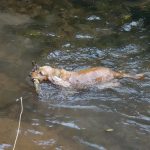 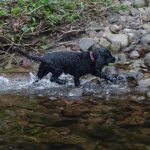 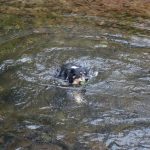 Friday was a lovely day, cloudy, but no rain.  Stuart’s brothers had both joined us for the visit, so we all went for a walk across their land with the dogs.  They live on an old farm, so they have many fields and a gorgeous stream running just by their house.  The house is situated at the foot of a mountain, so the water is beautifully clear and in the summer you can even go swimming in it! We followed the stream along and the dogs were in and out of the water chasing sticks and balls.  Oliver spent most the time intently watching the crazy dogs running back and forth, barking like mad, until he eventually fell asleep in his carrier. 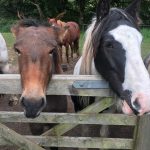 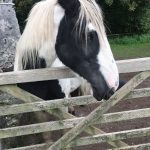 Their friend is currently keeping 3 horses and a mule on their land, they’re ever so friendly and Oliver had a stroke of them and they had a sniff of him! It will be so great once he’s a bit older as there are always animals about, I’m sure he will love coming down. They have lots of farmer friends who I’m sure will be being visited by us!

Saturday was a bit more of a lazy day for us, only venturing to the local village (which is still a half hour away) to get a bit of food. Oliver spent the day exploring the house, it’s not exactly baby friendly with slate floors and old higgledy piggledy stone walls but he was pretty good at navigating himself around without bumping into things.  The only thing he couldn’t work out was getting down the step in the living room and pantry, he just sat there making noises until someone would assist him back down!  He managed to bruise his head when he ambitiously tried to step between the dining chairs and table leg, resulting in him falling face first into the table leg!  Oliver also took to following the dogs everywhere, his uncles was by far the favourite (or he just tolerated Oliver a little better..he’s a big softy!) he’s a border collie so he has a big fluffy tail and Oliver made it his mission to get it.  He didn’t succeed this time but he enjoyed trying!  Oliver even tried to share the dogs breakfast, crawling over and picking out the dog biscuits from the bowl, amazingly enough the dog let him!

He had lots of cuddles with his Grandma and Grandad, which he loved and Grandma even took him down to see the stream and watch the dogs playing in the water.  It’s so lovely seeing how he is around them, even though he doesn’t see them often he was completely at home in their arms. 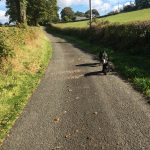 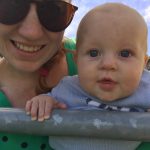 The only problem we encountered whilst we were away was sleep, Oliver isn’t the best sleeper and a travel cot brings out the worst in him.  The first night I spent almost an hour trying to settle him, he would fall asleep on our bed and when I lifted him to transfer him across he would wake up when I was within millimetres of putting him down. He repeated this so many times during our stay! I ended up having to rock him to sleep (which I have never done before, it’s blooming tiring!) and only once he was asleep for at least 10-15 minutes would he survive the transfer into the travel cot (and sometimes it involved me having to stroke his face to comfort him when he awoke but didn’t move when I placed him down). 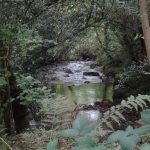 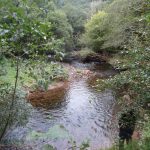 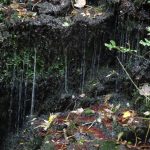 On Sunday morning after feeding Oliver at 6am I was just about to pop him back in his travel cot when he rolled himself off of the bed, bumping his head on the radiator on the way down.  Thankfully other than a graze he was fine and after 2 minutes of sobs he was back to his usual active self, climbing over both of us and generally being a nuisance!  I was glad he was ok because it is probably an hours drive to the local hospital!  Later we helped clear the house up before we left and took a little walk down the lane as the sun was shining, of course the clear blue skies came out for our departure as usual.  We headed off just after lunch, driving over the mountain we took in the breathtaking scenery before we got onto the miserable M4.  Oliver wasn’t too bad on the way home, we were popping into one of his godparents en route, and he only woke up moments before we arrived. 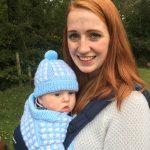 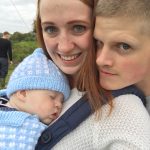 We have already made plans to head back up later in the year, it’s so nice to go there and get away from it all.  This visit we were very lucky with the weather, usually we get a day of rain, but we had clouds and sunshine this time around.  It’s always sad when we leave, Stu’s mum always cries and it’s hard seeing her so upset, if we could go up more often we would.  I think we forget how much we enjoy visiting, but the long journey and the limited amount of holiday Stu gets doesn’t help.  I love spending the time together as a family and I can’t wait for our next visit!