Oliver seems to be passing so many milestones so quickly nowadays.  It doesn’t seem that long since he started rolling, sitting up and this week he has hit a big one; crawling.  My baby is crawling.  I never thought he would be hitting this milestone already, and I’m not mentally (or physically) prepared for an on the move baby, but here we have it!

​​
The past week he was getting up on his hands and knees more and more, rocking his bottom back and forth.  On Thursday we were visiting Stu’s grandmothers for our monthly meet up, Oliver was up on his hands and knees and his Granny said ‘he’ll be crawling this time next week’ I didn’t realise it would be the next day!!  On Friday morning I was getting ready and had walked across the landing, leaving Oliver sat just inside of our bedroom.  He was quickly up on his hands and knees, rocking his bottom as usual, but then he moved one hand forward and one leg.  He ended up lying back on the floor, but quickly picked himself back up.  Knowing how much he loves touching my phone, I put it down on the floor about half a metre away from him, and he suddenly started going!!  I kept moving it further away when he got close and he had a quick lie down every 3 or 4 crawls but he was soon across the landing!

Since then he hasn’t stopped, he’s crawling everywhere and I can’t leave him anywhere without him getting himself in a pickle.  Just this morning I was getting ready and thought Stu was watching him, Stu was looking at his phone thinking I was watching him and when he heard Oliver making a bit of a distressed noise, he turned to look at Oliver to see him half hanging off of the edge of the bed!! (That’ll teach him to stop assuming that I am watching Oliver!) 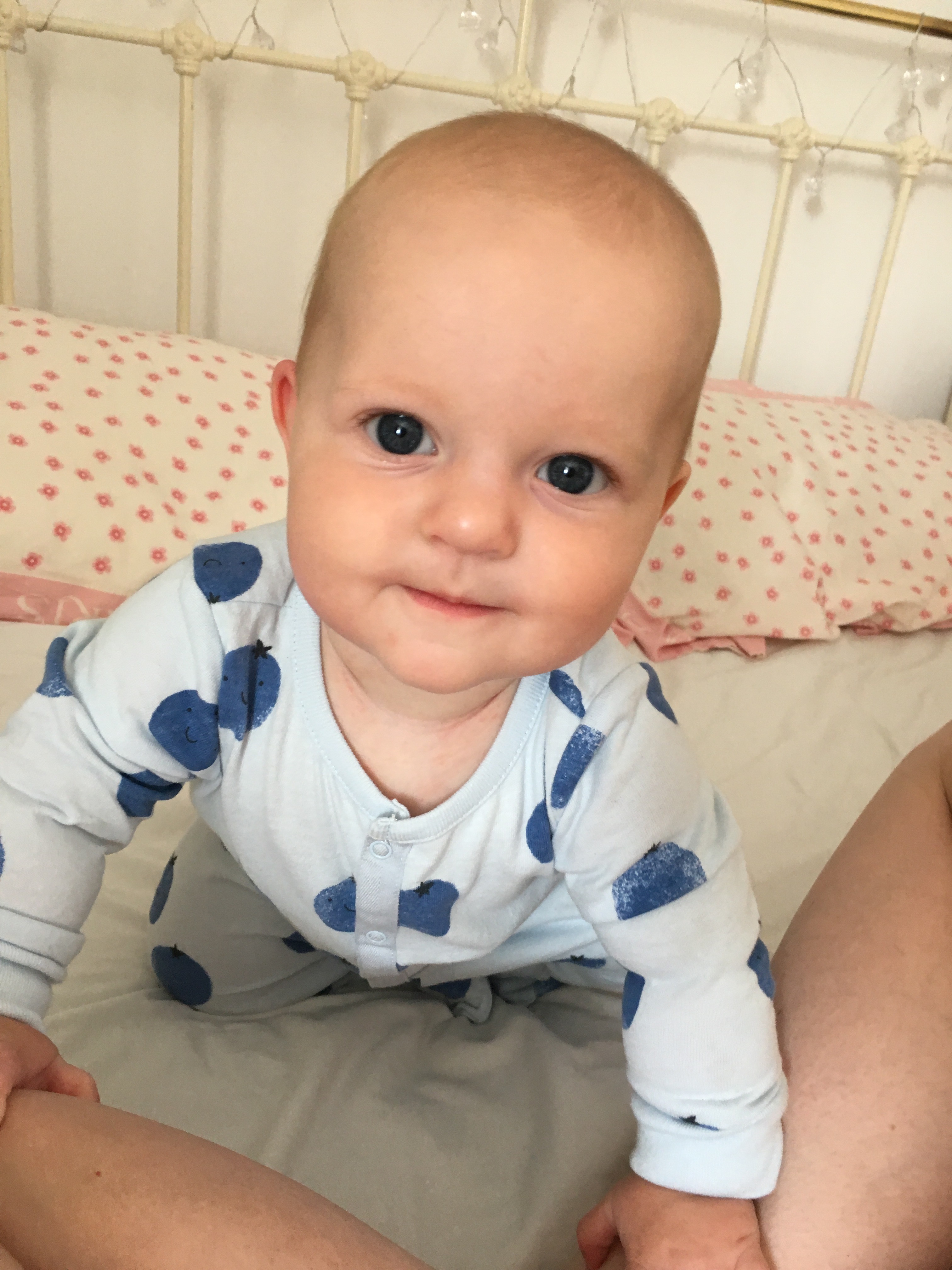 Oliver is also starting to pull himself up on things from a sitting position.  I just hope he doesn’t start walking too soon because he won’t be a baby anymore when he walks!  He’s such an active baby, he never stops moving around and constantly needs something to play with.