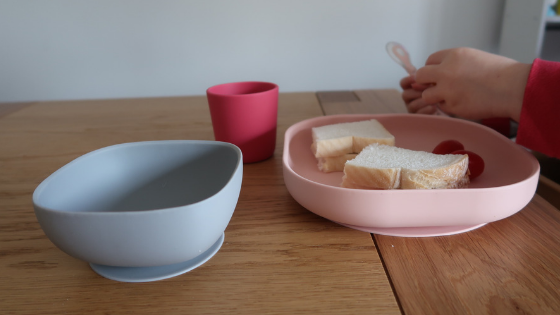 With weaning Henry looming over us, it’s got me thinking about how we are going to approach it second time around.  When we weaned Oliver, we went straight in with hardcore Baby-Led Weaning.  It was great at first, Oliver ate anything and everything (that he didn’t gag on!).  But later we found that he became a bit pickier as to what he would eat.  That and he would never let us spoon feed him, even if he really wanted to eat whatever it was and he couldn’t feed himself it.  He also refuses to use cutlery most of the time, opting to eat everything with his hands.  Whether or not it should be!

So this time around we’re approaching it a bit differently.  We’ve decided that we’re going to combine baby-led with traditional weaning.  Spoon feeding Henry mushed up versions of our meals whilst also giving him finger foods.  But one thing I know we won’t change, is always eating as a family.  I think this is a hugely important part of weaning, because watching you eat is part of their learning process. 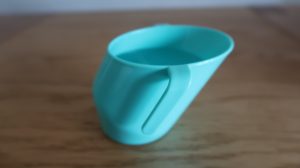 I loved weaning Oliver, and getting the gear all together to help our journey.  There were a couple of really great products that worked for us first time around.  I found that the Bickiepegs Doidy cup was one that, although messy to begin with, was something that really helped Oliver learn how to use an open cup. He was able to confidently drink out of an open cup very early on, which was great if we were out and didn’t have a lidded water cup to hand.  This is definitely one of the pieces of kit I will be getting out again for Henry to use! 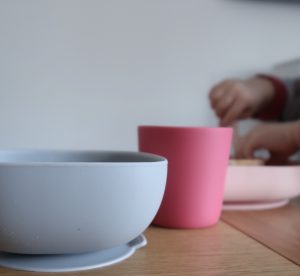 Another great baby weaning product is bowls and plates with suction bases.  These are perfect for babies wild swiping arms!  I love this set from BEABA, which looks really sleek as well as being a really useful piece of kit!  They are made from silicone so they won’t get damaged if they’re knocked off the table and I love the colour of them! The plate is perfect as it has deep sides so when your little one is trying to pick stuff up or starting to use a spoon and fork they won’t be pushing food onto the table.

I would love to hear about your weaning journeys and what piece of kit you found most useful?

These items were sent to me for inclusion in this post, all words and opinions are my own.