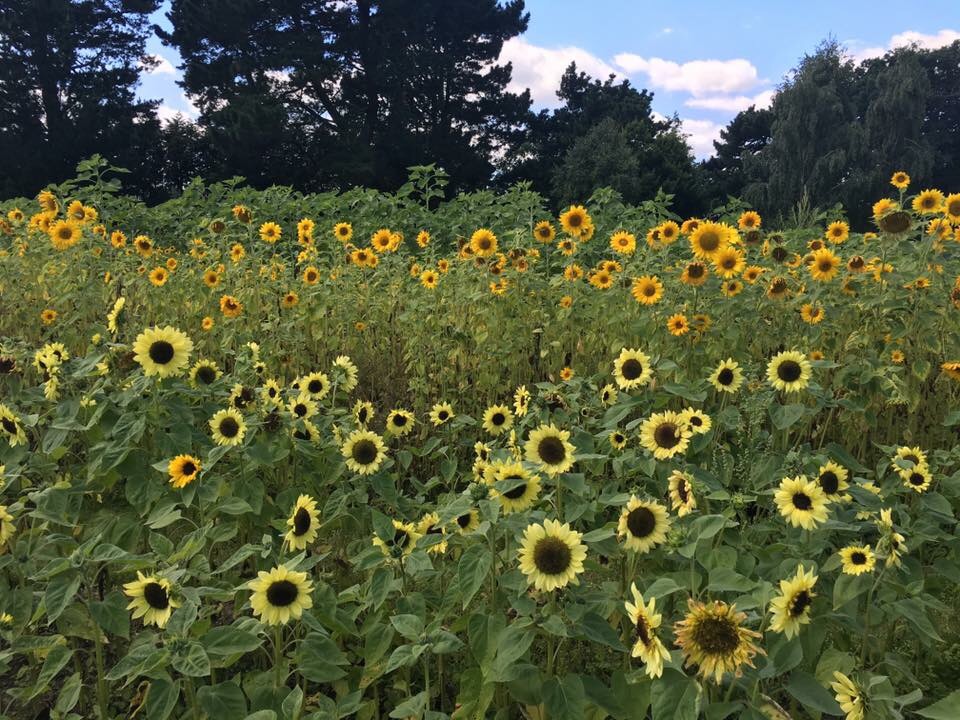 We had a pretty busy weekend this week, Oliver and I spent Saturday with my mum as Stuart was working.  We’re currently trying to save money, as being on maternity leave I don’t have a lot of money to play about with and my spending had got a bit out of hand, I was still living like I was on my full pay! So as I am trying to save, mum and I wanted to go on a cheap day out.  We decided on RHS Wisley gardens as we both have membership, and it’s pretty close by. 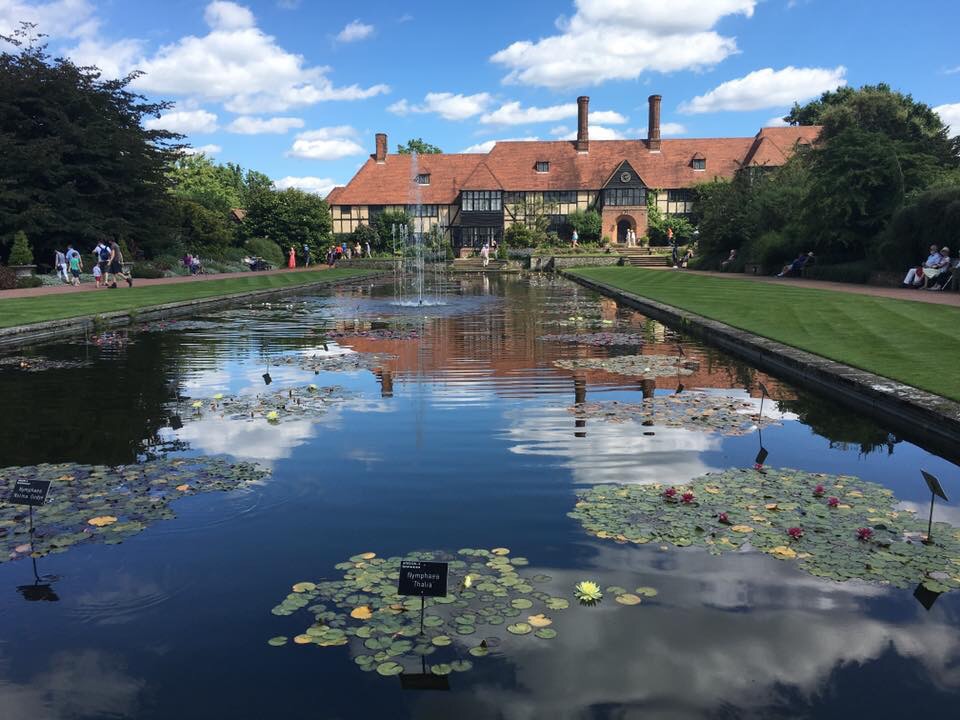 We had such a lovely day there, the weather was beautiful, I even ended up catching the sun a bit.  Oliver really loves plants and flowers, he enjoys touching them (or pulling the flowers/leaves off!)  He was pretty good going around the gardens. He wanted out of his pram after about half an hour of us walking around, so I had to carry him for about 3/4 of an hour, he didn’t want feeding, but we could tell he was getting tired. He resisted for so long, and when I put him down in his pram and pushed him along the bumpy woodland trail he was asleep within about two minutes!  We had a good wander around the trial gardens and a look through the other gardens as we made our way over to have lunch. Obviously Oliver woke up as soon as we sat down to eat! We had a really nice afternoon, even if it was topped off by two poonamis on the way home!! 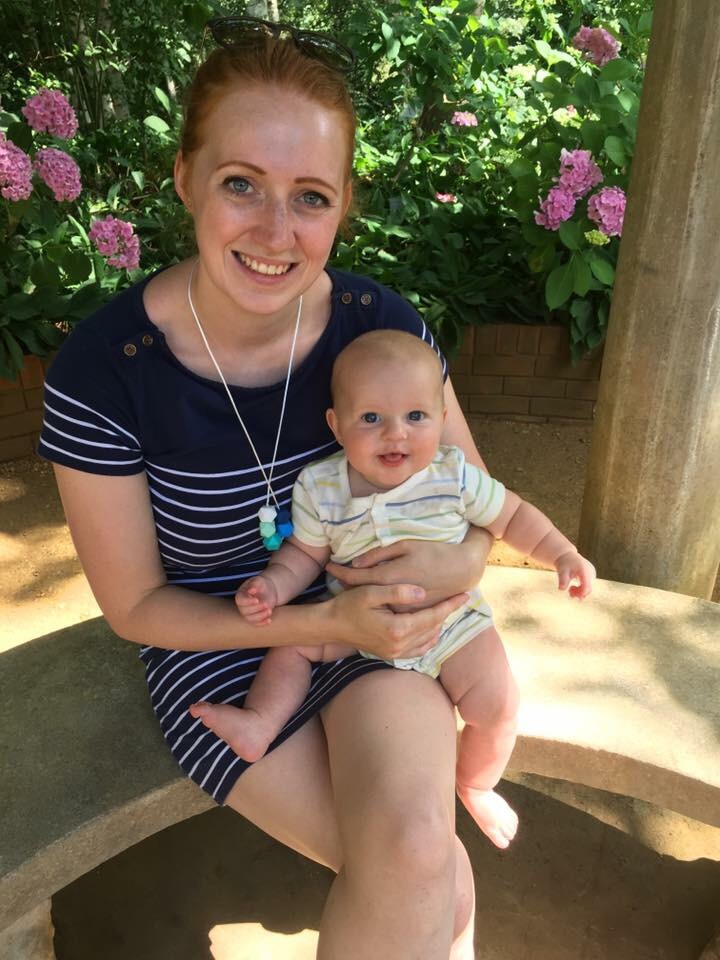 On Sunday, Stu and I decided we would go to Top Golf in the morning.  We really enjoy going but since Oliver was born we haven’t been very often, so thought we would treat ourselves! My sister and one of her friends came too, her friend hadn’t been before and definitely had beginners luck! Oliver was very good and seemed to enjoy watching as well. 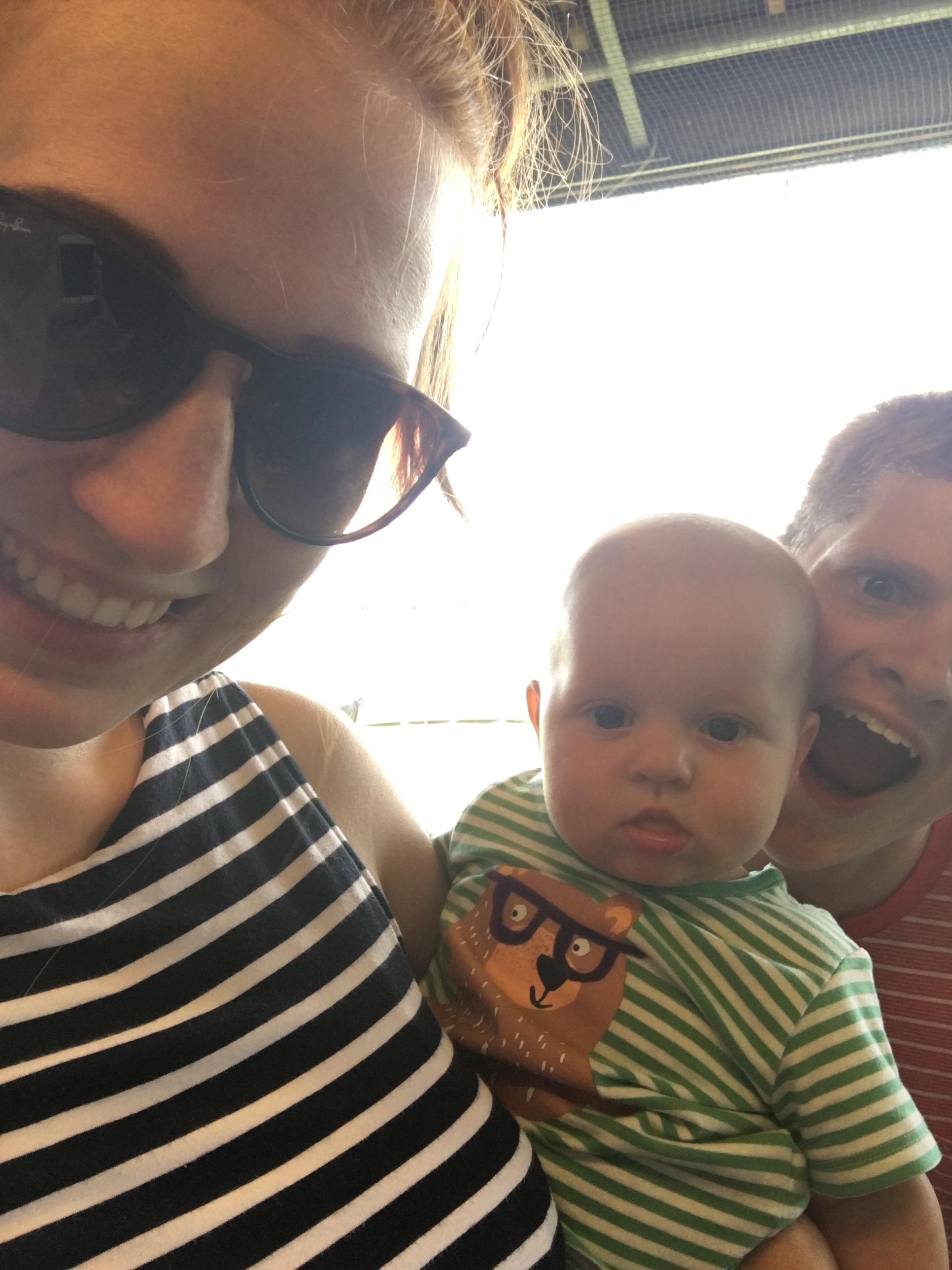 We thought we would do something outdoorsy in the afternoon as the sun was out, so we headed over to Virginia Water lake and had a nice long walk there.  It’s such a good place to go for a walk, the starting point is always a bit busy, but once you get going the people seem to thin out, I think most people are too lazy to do the full loop! It was really nice to do something as a family (plus my sister), we don’t often have days out together, we usually end up wasting most of our days off together mooching about and not doing much. 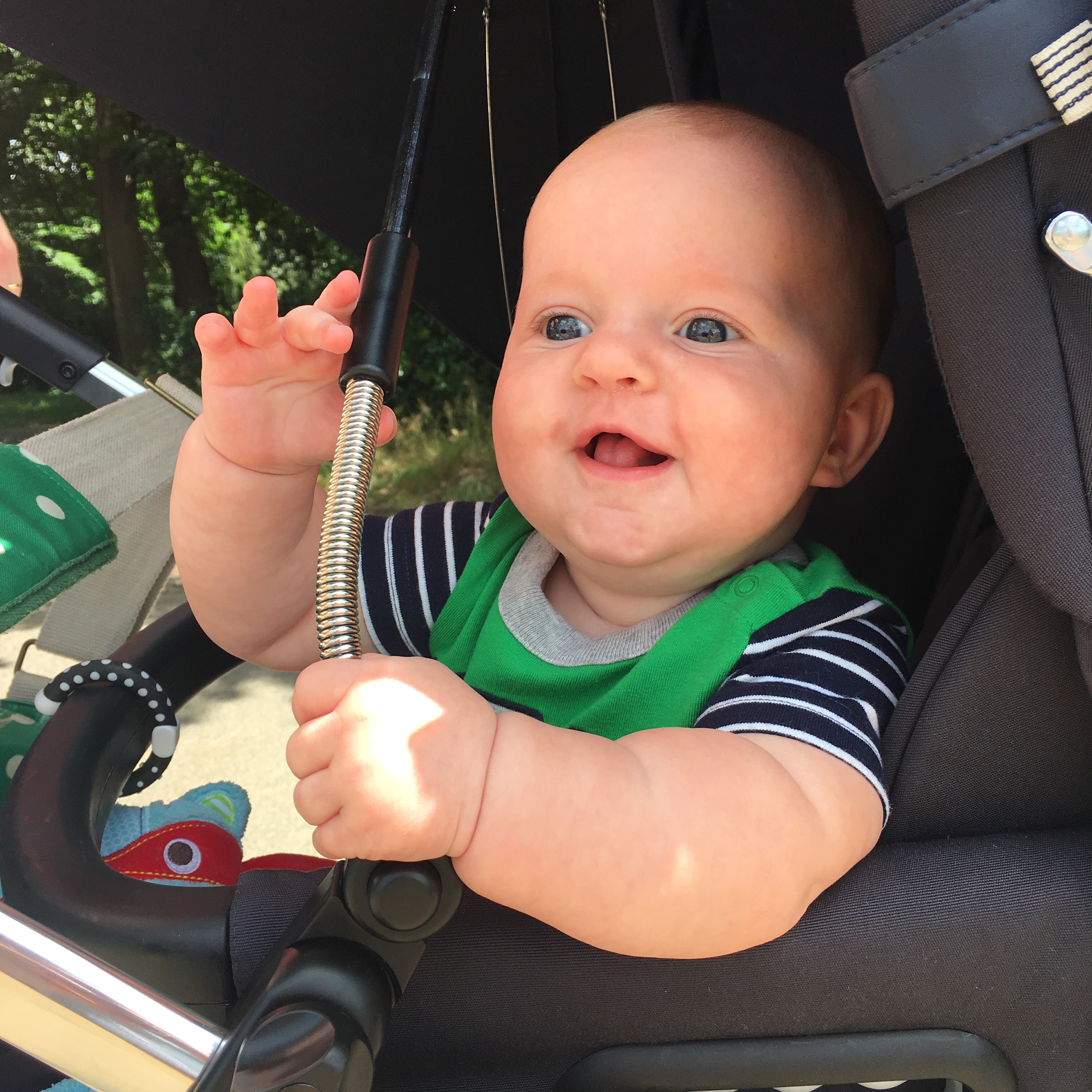 We had a really busy weekend in the end, but really enjoyed ourselves. I didn’t even have a rest on Monday, I went on a walk and picnic with a friend and a local sling group at Abinger Roughs. It’s the first organised baby related activity I have been to, but it was really nice.  I need to start doing more baby group stuff now Oliver is a bit older and can socialise a bit.  I always thought I would feel a bit silly taking him to baby groups when he didn’t do much!

How were everybody else’s weekends?