This weekend I had my first experience of flying with a young baby.  At 9 months old, I was quite apprehensive of flying with Oliver, as he’s got to the stage where he doesn’t like to sit still for long and hates being confined.

On Thursday morning we flew from London Gatwick to Dublin,  our experience through the airport was great, we were called in to the family lane at security which made it so much quicker going through as there was no queue at all.  I kept Oliver in his Ergobaby carrier through the airport as I didn’t want to have to faff about with a pushchair when we got to the aircraft.  I think it was a great move as the amount of people I saw with buggies getting stuck on the stairs and then having to empty the buggy out, fold it down whilst making sure their child didn’t run away! 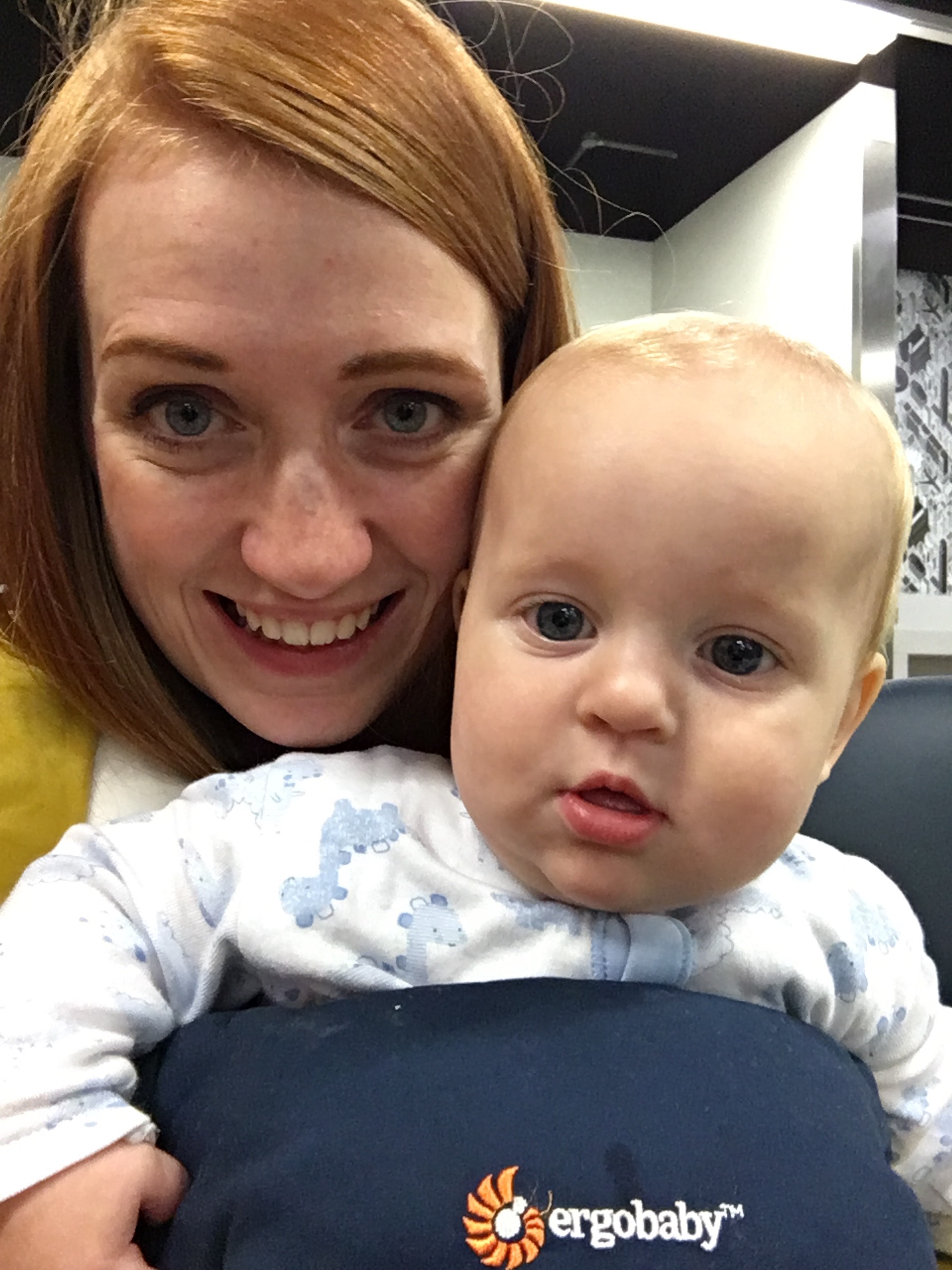 Both there and back Oliver fell asleep on my lap before we even took off.  I think he was tired from the excitement of the airport (because obviously airports are so exciting for a 9 month old!)  On the way out Oliver woke up about half way through the flight, he then enjoyed standing on mine and my mums laps looking around at everyone else on the plane.  He spent a good ten minutes or so staring at the girl sat next to my mum, who wouldn’t look at him, he sat there shouting at her and she completely ignored him!!  He didn’t want me to put his lap belt back on for the landing, but with the help of In the Night Garden he stayed put for the descent. 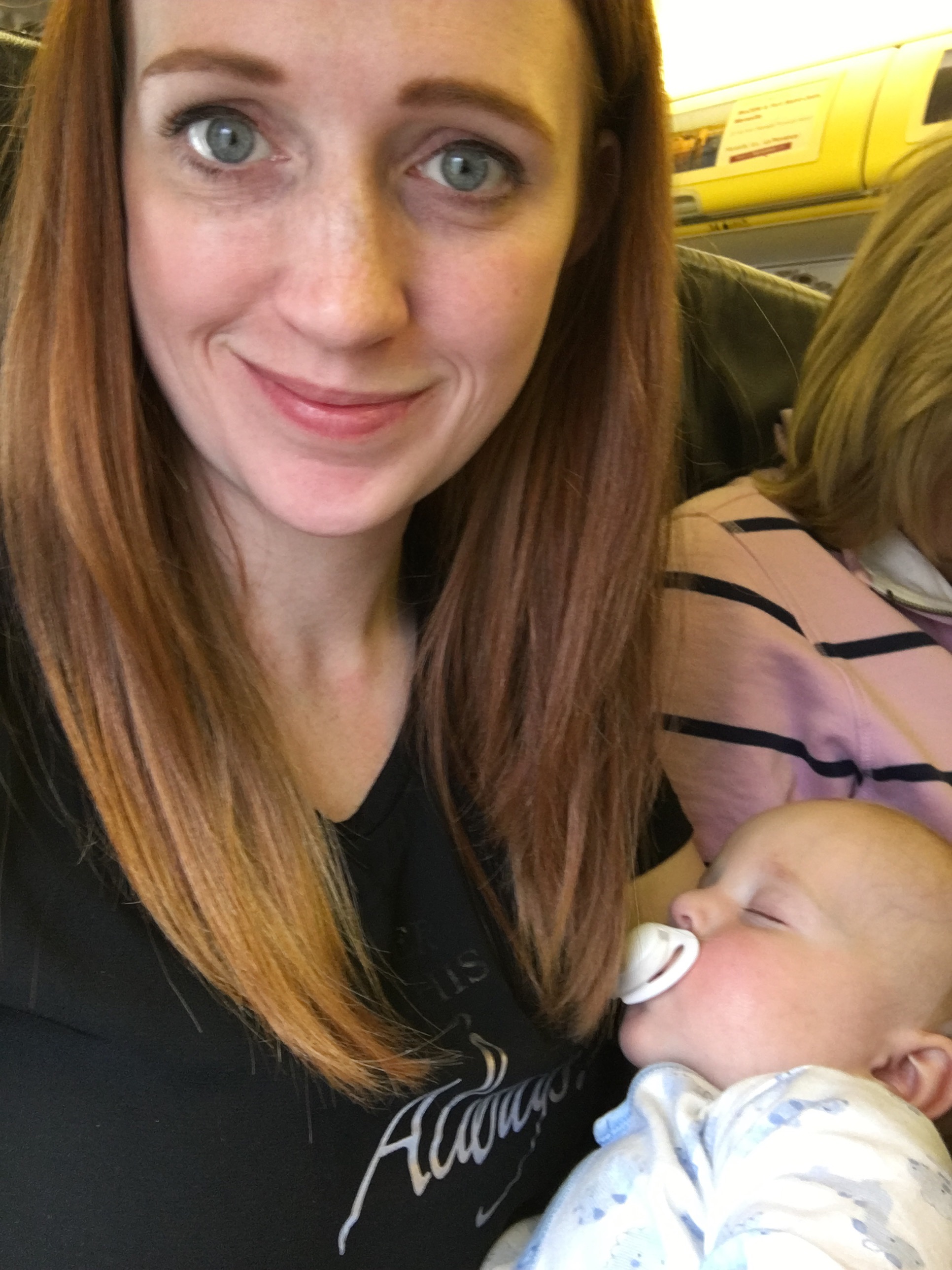 We were delayed by almost an hour sat on the runway on the way home due to thick fog, Oliver hadn’t been very well whilst we were away and he was still feeling grotty and quite sleepy so he actually slept the whole time we were waiting to take off until about 10 minutes before we landed.  He didn’t even know we had been sat waiting for so long!  He was so dozy he didn’t even seem bothered when we landed. 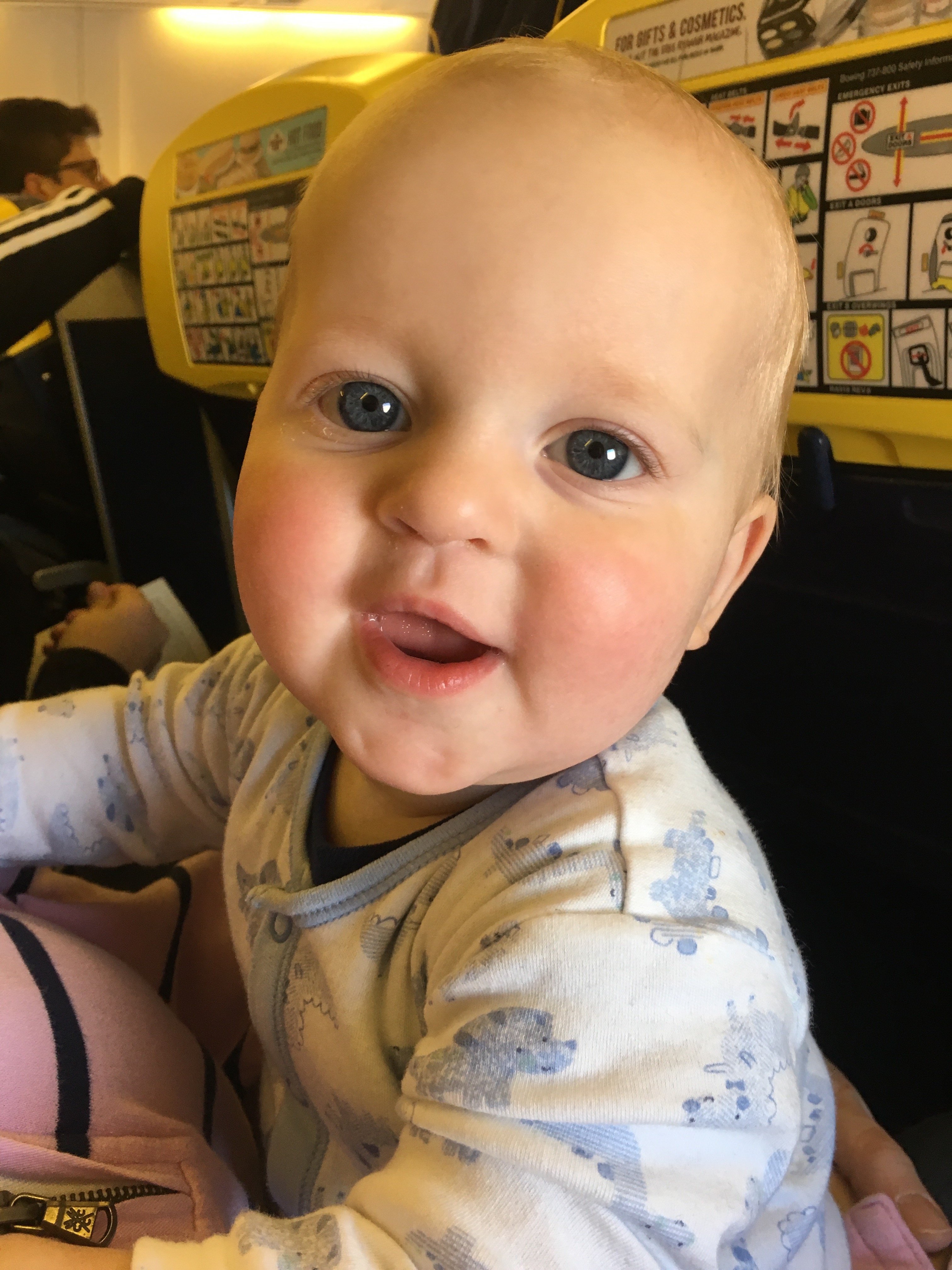 It was a really great experience and I definitely wouldn’t think twice about going on a flight with Oliver again, he was really good and didn’t make a fuss at all. If you use a baby carrier, I would recommend using it for the airport as it makes everything ten times easier to navigate!

Have you had a good or bad experience with flying with a baby?